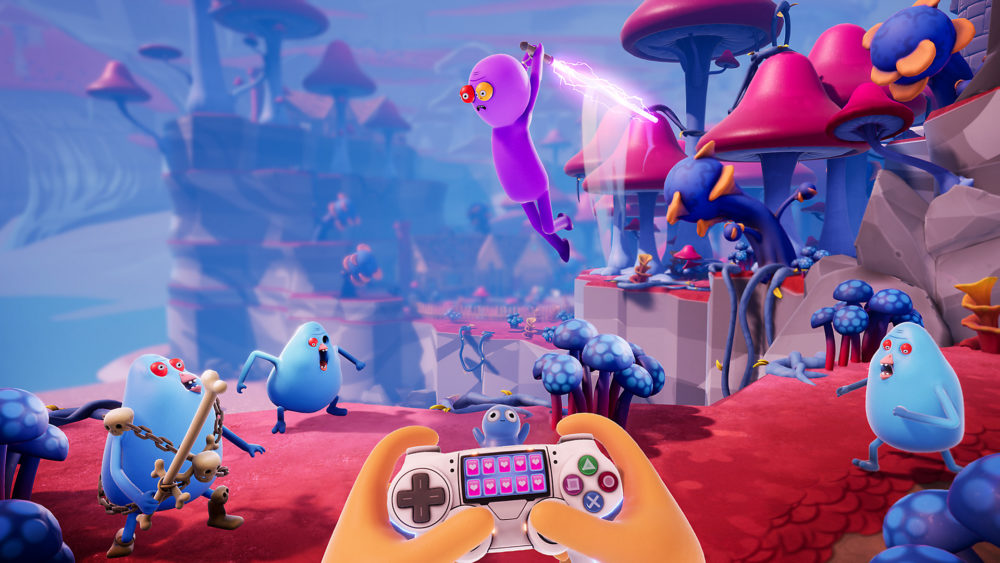 There are quite a few noteable releases for all three of the major VR platforms in May 2019, but the standout is Trover Saves the Universe from Squanch Games and one of the co-creators of Rick and Morty, Justin Roiland.

Roiland has headlined other VR games in the past, when Rick and Morty: Virtual Rick-ality released back in April 2017. It was developed by Owlchemy Labs, best known for their popular VR game Job Simulator.

In Trover Saves the Universe, you control a purple dude named Trover whose precious dogs have been stolen by the evil Glorkon who has stuffed them into his eye holes so he can use their life energy to drain the universe. Your own eye sockets have two little guys in them too called ‘power babies,’ and they let you control Trover since he’s too lazy to go on the adventure on his own.

Overall it seems very similar in tone to Rick and Morty itself, with Roiland providing many of the voices throughout the game including Trover himself. Trover Saves the Universe comes to PSVR first on May 31, and then to Oculus Rift and HTC Vive a few days later on June 4.

This month also sees the physical release of Ghost Giant for the PSVR on May 7, which had a digital release last month on April 16 gathering a lot of praise. It’s a colorful puzzle game that visual-wise looks like a chamring mix between Harvest Moon and Night in the Woods.

Check out the full list below for every virtual reality game release coming in May 2019 for HTC Vive, Oculus Rift, and PSVR, as well as those set to release sometime this month which have not gotten an official release date at the time of writing.

All VR Games Set to Release in May 2019 with No Set Date at the Time of Writing: