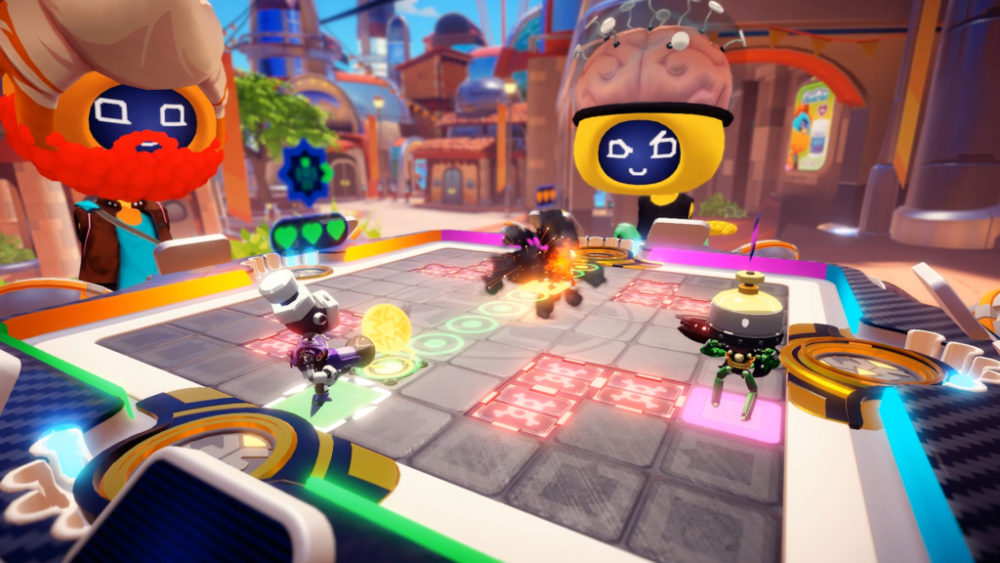 There are a few titles to look forward to this coming month of June 2019 for the three major VR platforms: HTC Vive, Oculus Rift, and PSVR. But overall it’s shaping up to be a pretty quiet month for VR.

The colorful Mini-Mech Mayhem releases exclusively for the PSVR in the middle of the month, and features online multiplayer functionality for up to four players. In it, you play against each other in a table top strategy game with tiny robot characters that are similar in size and appearance to the Astro Bot buddies.

You can chat with the other players using ‘social comfort features,’ and customize your avatar so with outfits and accessories to have your own quirky identity during the game.

Trover Saves the Universe from Squanch Games and one of the co-creators of Rick and Morty, Justin Roiland, also releases this month to HTV Vive and Oculus Rift. It released early last month for PSVR on May 31.

The game seems very similar in tone to Rick and Morty itself, and Roiland provides many voices in the game as well.

Check out the full list below for every virtual reality game release coming in June 2019 for HTC Vive, Oculus Rift, and PSVR, as well as those set to release sometime this month which have not gotten an official release date at the time of writing.

All VR Games Set to Release in June 2019 with No Set Date at the Time of Writing: