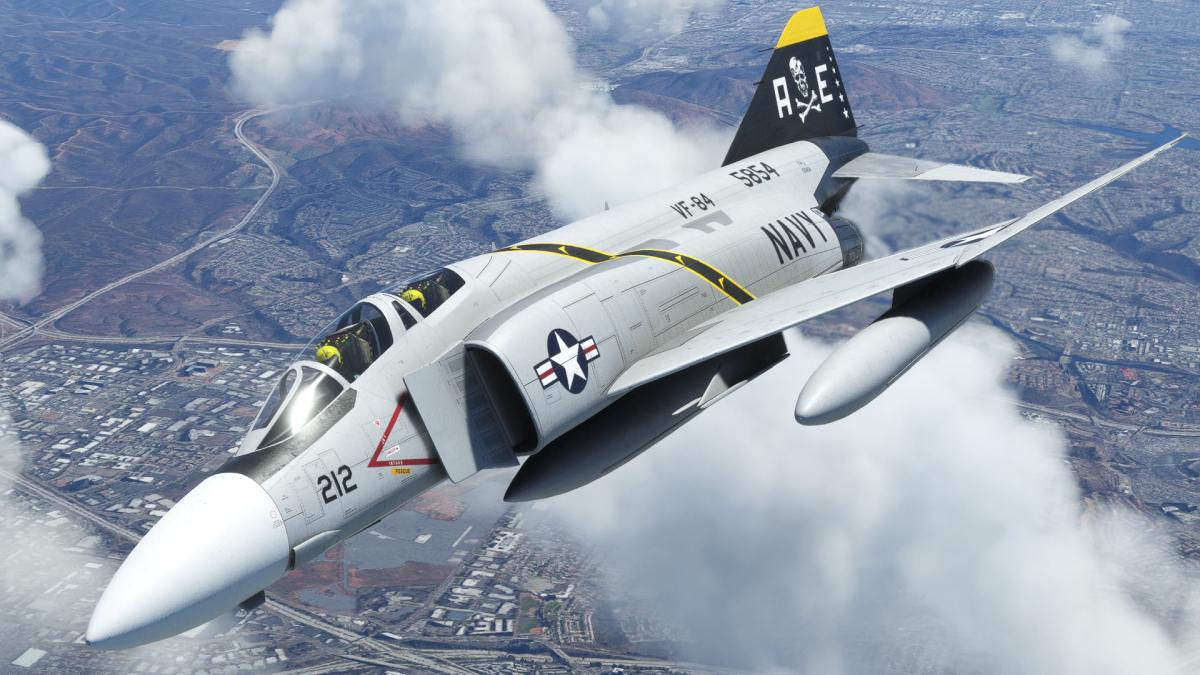 We start with Aerosoft and its partner developer FlightSim Studio, which released a new video showing the flight deck of their upcoming Embraer E-Jets series.

While this doesn’t give much of an idea about the depth of the systems simulation, a video about that specific part will come next week.

DC Designs also provided an update on its F-4 Phantom. The developer has completed work on panel lines and rivets and placed all the main stencils for the F-4J, which will be different depending on whether the aircraft is from the US or the UK.

Work is undergoing on the MK-7 ejection seats and on the cockpit, albeit it will be some time before that can be shown. The model for the F-4E’s nose and cannon housing has been built, while the different exhausts and tail of the F-4K will be made in the new year.

DC Designs plans to announce its roadmap for 2023 next week, including two unannounced aircraft.

Moving on to airports, Orbx released McCall Municipal Airport (KMYL) in Australia. It can be purchased at the developer’s Orbx Direct store for $19.03 including the following features.

Last, but not least, AUscene released new screenshots of Hamilton Island Airport (YBHM) in Australia. You can check them out in the gallery below showing Dent Island and the Marina.