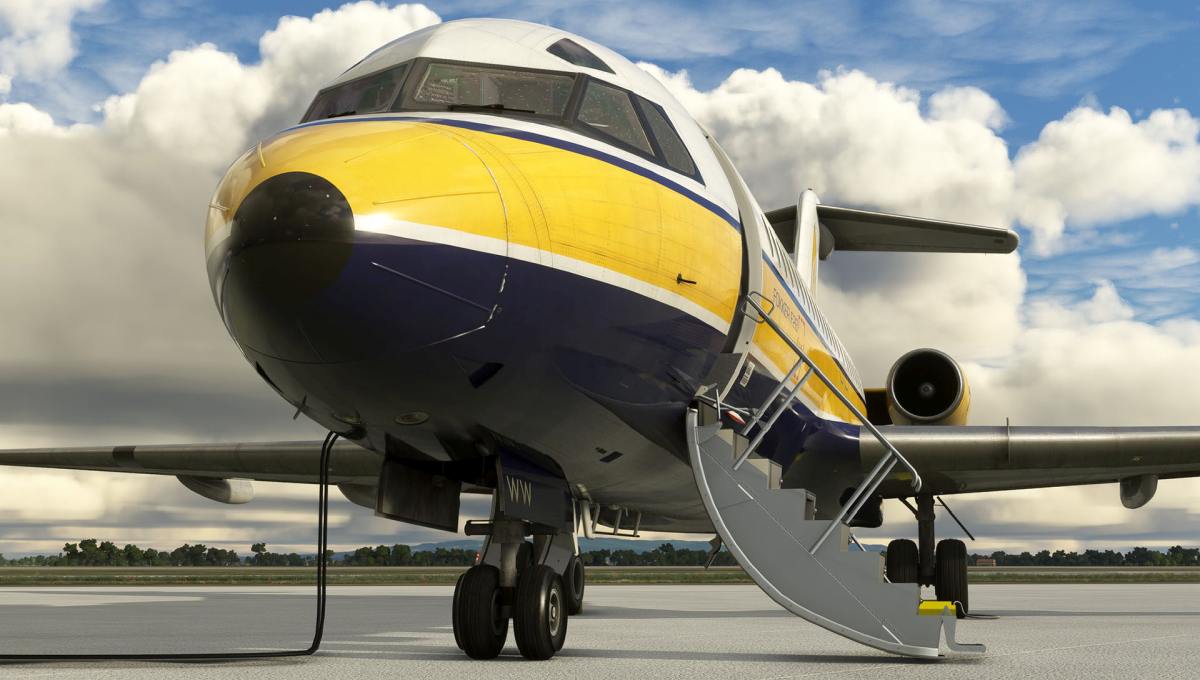 Third-party developers had tons of relevant news to share for Microsoft Flight Simulator add-ons including aircraft and scenery.

We start with Just Flight, which provided an extensive look at the exterior, interior, and lighting of its upcoming vintage regional airliner Fokker F28 Fellowship.

The developer plans to release the aircraft in the first half of 2023.

As usual, with two different renditions of the airport coming and one just released, we encourage you to keep track of the developer we’re talking about every time you see news about it. This one by Aerosoft is by star developer Jo Erlend Sund, and certainly looks promising.

Next, we get news from Orbx, which announced McCall Municipal Airport (KMYL) in the United States by its partner developer Mark “Milo” Taylor.

As further good news, this is an extensively reworked version of the airport that Taylor released a while ago, and those who purchased it will get it for free regardless of where it was bought. This is certainly great customer support by Orbx, and it’d be awesome to see it become a standard in this industry (but I won’t hold my breath).

TDM Scenery Design announced its next destination in Spain, and it’s Almería Airport (LEAM). At the moment, this tourist-friendly airport in the south of the country doesn’t have a release date, but you can check out the first image below.

Another announcement comes from Burning Blue Design, which is working on another of its small general aviation airports, this time in the United States.

It’s Katama Airpark on the island of Martha’s Vineyard, Massachusetts.

Moving on to releases, iniBuilds released its first warbird for Microsoft Flight Simulator, and it’s the P-40F Warhawk.

It’s available at the developer’s own store for $18.43. Here’s what you get in the package.

You can purchase it at Aerosoft’s store for €25.58 plus applicable VAT.

It’s available on Simmarket for $21 plus applicable VAT.