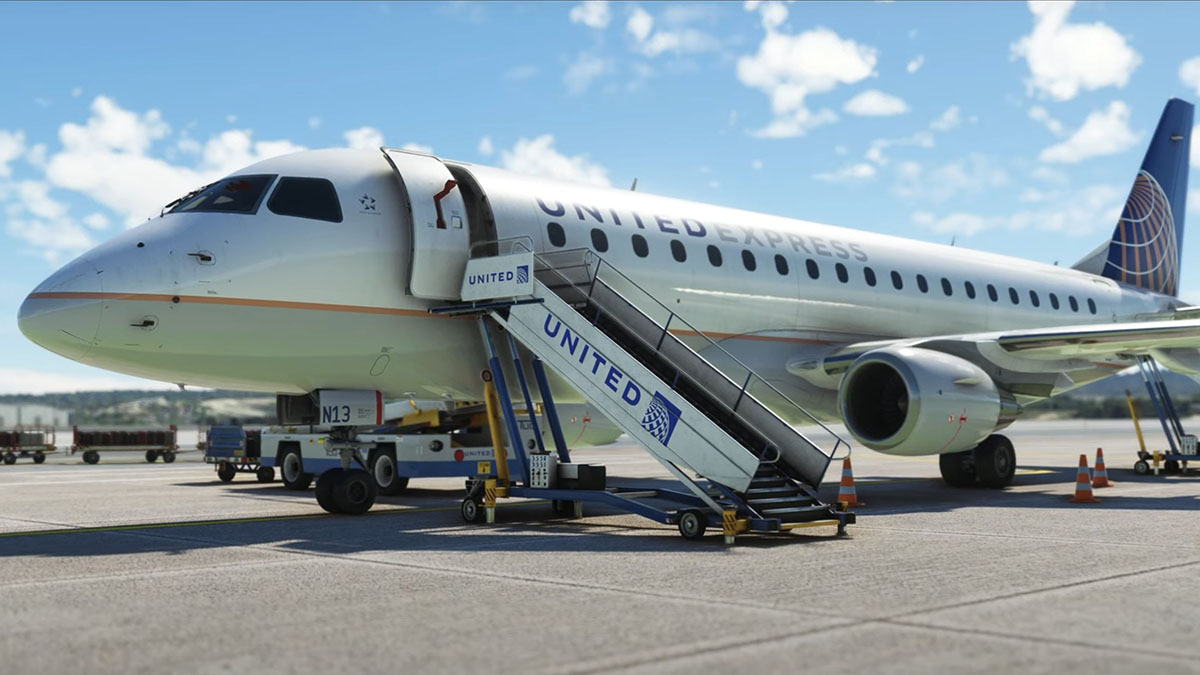 Today, third-party developers had relevant news and a release to share for Microsoft Flight Simulator add-ons including aircraft and scenery.

We start with an announcement from Aerosoft and its partner developer FlightSim Studio (which worked on the SeaRey Elite), which announced the Embraer E-Jets series, promising one of the most popular regional airliner series in the world.

We get a rather charming trailer, but no real information on the features this aircraft will have, albeit another video about the flight deck and systems has been promised.

Of course, we also don’t have any info on pricing and release window either, so we’ll have to wait and see.

Next comes DC Designs with another look at its F-4 Phantom. The developer is in the process of placing all the decals (including panel lines and rivets) which is very work-intensive and is taking some time. Animation work will begin next week.

Cockpit modeling is underway alongside PBR textures (the ones you’ll see below are placeholders). The sound pack will be created by Sim Acoustics, initially including the J-79 turbojet engines. The Rolls Royce Spey engines will be added after launch.

This massive hub can be found at the Developer’s own store for $22.05. Here’s an overview of what you get: