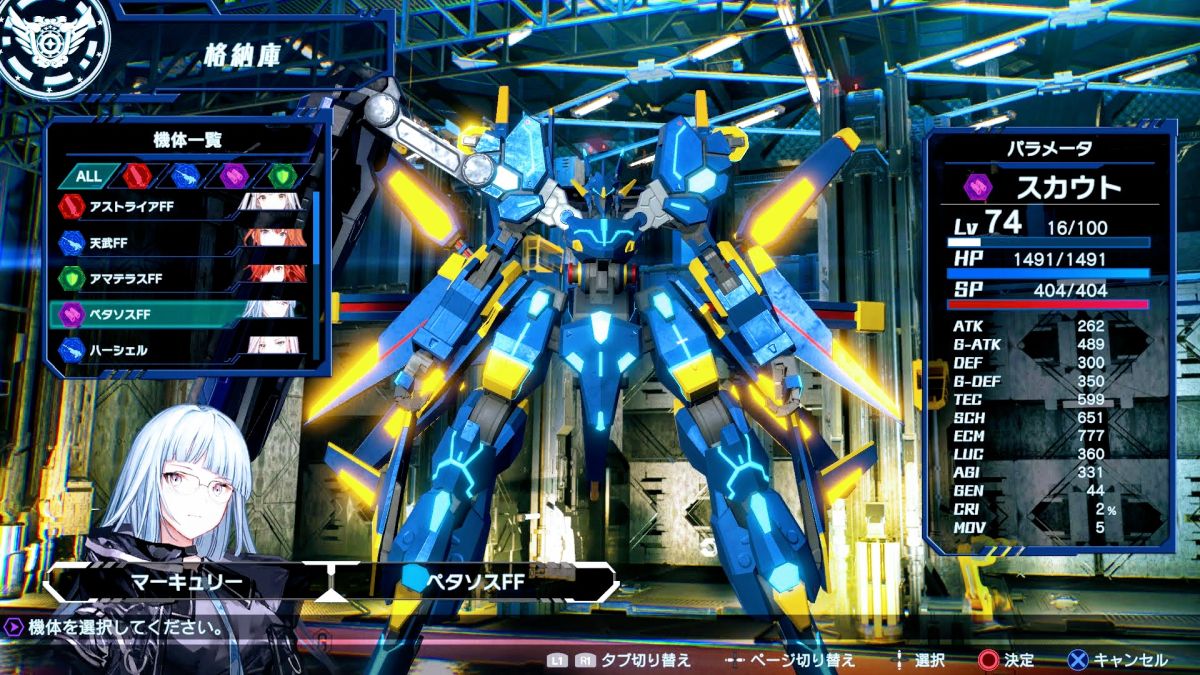 Kadokawa Games has been releasing new images and details of the mecha customization feature will be added to its strategy JRPG Relayer with an upcoming update.

The update will release on April 28 and will open up the “Hangar” section where you can modify your robots.

There you can spend SG points to upgrade six parameters for each mecha. After maxing all parameters, you will unlock a “final form” that will grant you a “full custom bonus.”

Incidentally, the patch on April 28 will also fix a “system error” that appears rarely on PS4 when replaying the same mission for a long period of time with cutscenes on.

Relayer is currently available for PS5 and PS4. You can already read our review.

If you’d like to learn more about the game, we also recently published an extensive interview with producer and director Yoshimi Yasuda.