We learn that each character pilots a mecha belonging to four classes, Assault, Tank, Sniper, and Scout.

Depending on their mecha class, they can learn five jobs, divided into three stages. Each class has different jobs to learn.

Each job group is divided into “beginner,” “intermediate,” and “veteran” stages. When you unlock all the abilities of a job, you can evolve it into the following stage.

Once you complete your beginner job for a character, you have to pick one of two options in a branch, while intermediate jobs will evolve into the respective veteran jobs. You cannot undo the choice unless you respec the abilities you have learned.

By unlocking abilities you unlock both active skills that need to be used in battle, and passive perks that are always in play.

Characters in an assault mech can use backstab attacks when equipping a melee weapon. Their basic job is Fighter, and they can evolve it either in Vanguard and then Braver emphasizing firepower, or Shinobi and then Ninja emphasizing defense and avoidance.

Vanguards fight on the front line making use of active skills that increase hate, attack power, and defense power. Braver has abilities that moderately increase hate and buff all starts, albeit not as much as a tank.

When Shinobi attack they will recover their hp and increase their defense, so you can fight while making sure you stay alive at the same time. Ninja specialize in lowering hate, so they can launch their attacks without being targeted by the enemy.

Incidentally, in case it wasn’t clear, “hate” is a value that indicates how much attention you draw from the enemy and determines who gets attacked by the AI. MMORPG players will likely be familiar with it and similar concepts like enmity or aggro.

Characters piloting Tank-class Stella Gear can also use Back Stab in battle and their beginner job is Knight. They can choose to evolve it into Paladin and then Guardian, or into Commander and then Breaker.

Paladins have excellent survival due to their self-buff and recovery skills. They also have skills that increase defense and hate.

Guardians can increase their hate significantly and dedicate themselves to acting as decoys. They also have HP recovery abilities and can bolster the frontline by increasing the defense of everyone in range.

Commanders can also increase the defense allies while drawing hate to themselves. Their supporting abilities shines with skills that increase allies’ avoidance and hit rate.

Breakers focus on rebuffing the enemies by reducing their attack and defense power. They also have a perk that increases their own attack when damaged.

Characters who pilot Sniper mecha benefit from long range but suffer from weak defense. They have a special attack named “Overkill” that can activate in certain conditions. Their base job is “Shooter.”

They can evolve into Backs (Which I imagine is a weird choice in Katakana to indicate a “Rearguard”) and then Marksmen, or Gunner and then Ace Shooters.

Backs can heal allies and buff them from behind the lines. Marksmen weaken enemies with debuffs and abnormal conditions.

Gunners can buff their own attack power, hit rate, and evasion rate. Ace Shooters specialize on hate control and avoidance. They can even fight in the front line thanks to active skills that greatly increase their hit and evasion rate.

Characters who pilot Scout mecha are usually in the rearguard supporting their allies. Yet they can also create decoys, avoid obstacles, and reach enemy positions easily. Their basic job is “Wizard” that can evolve into Enchanter and then Wiseman, or Jammer and then Trickster.

Enchanters specialize in buffing, recovery, and action point replenishment for their allies. They have many active skills specialized in strengthening their frontline.

Wiseman specializes in weakening enemies with debuffs and abnormal status effects. They can use skills that not only lower the enemy’s defense but can also stall them.

Jammers also focus on debuffing enemies and applying abnormal effects on them. On top of being able to weaken enemies within range, they can target individual enemies by hindering their movement and blocking their skills.

Tricksters expands on the ability of the Jammer to mess with the enemy. They can greatly reduce the stats of single or multiple enemies or cause abnormal statuses on opponents within range.

Below you can enjoy all the screenshots. 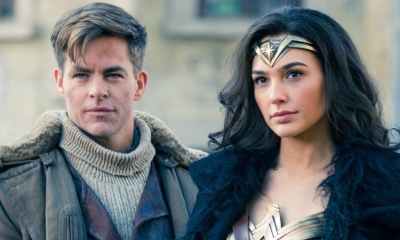 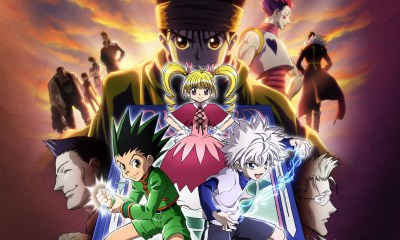