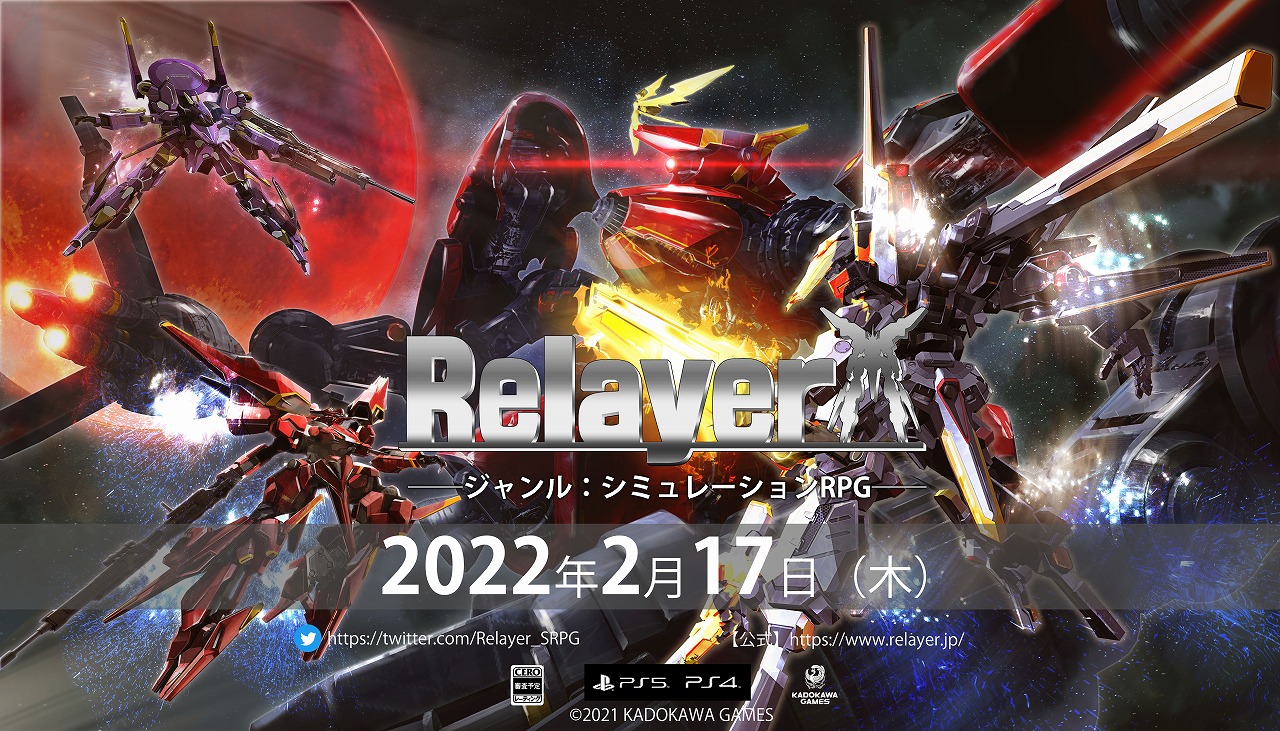 The trailer provided an extensive overview of the game and its gameplay systems. This includes mecha customization (which at launch will let you change weapons), the “Star Cube” progression system, passive and active skills, and more.

The game will launch in Japan on February 17, 2022, for PS5 and PS4. This is a little later compared to the previous “2021” window. At the moment Clouded Leopard Entertainment has not officially confirmed it for the west, but the original announcement mentioned that it would be simultaneous.

In Japan, a Deluxe Edition will be available including a soundtrack CD and an artbook. It’ll be priced at 9,980 yen including taxes (the Standard version will be priced at 7,980 yen), and the upgrade for PS4 to PS5 will be offered at no additional cost.

You can watch the trailer below, and learn all there is to know about Relayer. You can also find the box art and plenty of screenshots in the gallery.

You can also check out the original reveal, additional details, the first trailer, another promotional video, the first reveal of the rich cast of characters that will populate the game, and the second.