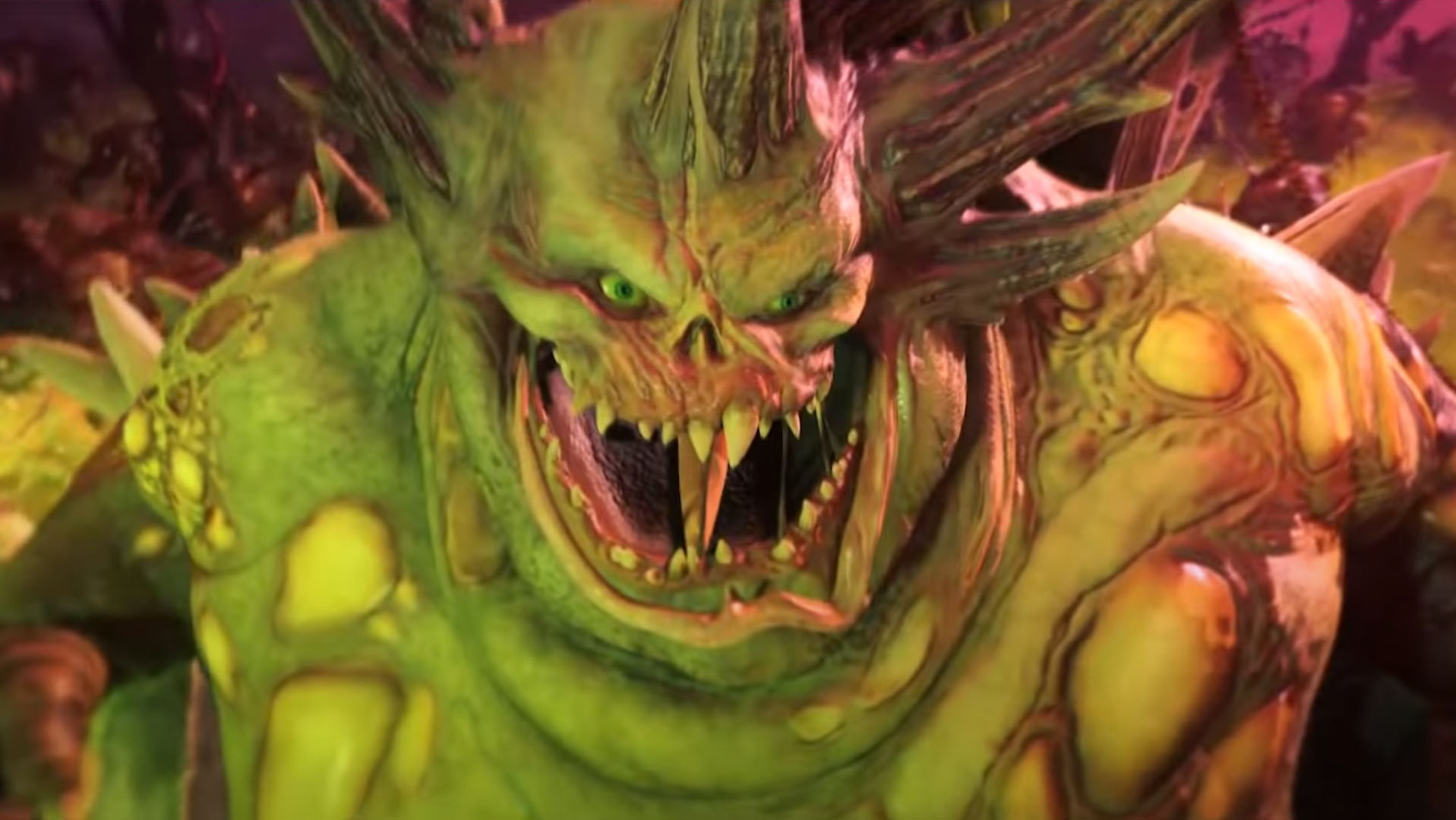 This time around we get a cinematic trailer introducing another of the chaos factions that will be part of the game, Nurgle. In the trailer, we see it locked in its endless struggle against Slaanesh.

You can check it out below, alongside a rundown of the faction from the accompanying press release.

Ku’gath Plaguefather, the Rotting Poxmaker, is the most favoured of Nurgle’s chosen. Fascinated by the breeding of new contagions, he frequently forays into the mortal realms to test fresh creations on the battlefield, driven by a desire to concoct the perfect plague capable of infecting even the gods themselves.

Riding into battle atop a massive palanquin held aloft by countless straining Nurglings, this foetid brewmaster tests his countless, horrific contagions by launching fusillades of infected Nurglings into the enemy’s midst. Despite his bloated, disease-ridden appearance, Ku’gath Plaguefather has a god-like aptitude for soaking up damage and inflicting grievous wounds whether in close combat or casting spells from the lore of Nurgle.

An embodiment of their virulent god, the armies of Nurgle are a highly resilient wall of diseased flesh with regenerative capabilities that relish locking the enemy into melee combat and grinding them down with poisonous attacks and strategic attrition. The more damage these plague-ridden warriors sustain in battle the greater the battle bonuses they unlock, including the noxious Rot, Glorious Rot ability that spreads through the enemy ranks like a potent plague.

Within the campaign, Nurgle strives to spread his abhorrent message at every opportunity. His factions can concoct and spread a variety of plagues, which apply detrimental effects to enemies unfortunate enough to catch them but bonuses to his own armies within their vicinity. They also make use of cyclical buildings that organically grow and die, and can summon units at reduced strength directly into their armies.

The Daemons of Nurgle are truly putrid in their appearance and sickening to look upon. The core of this rotting army is built around hardy frontline infantry such as Plaguebearers and swarms of nasty (but adorable) Nurglings, whilst abominable war beasts and greater daemons such as Great Unclean Ones, Plague Toads, and Beasts of Nurgle provide devastating close combat and magical support.

f you’re unfamiliar with Total War: Warhammer III, which is coming for PC (including Game Pass) on Feb. 17, 2022, you can also read our hands-on preview.