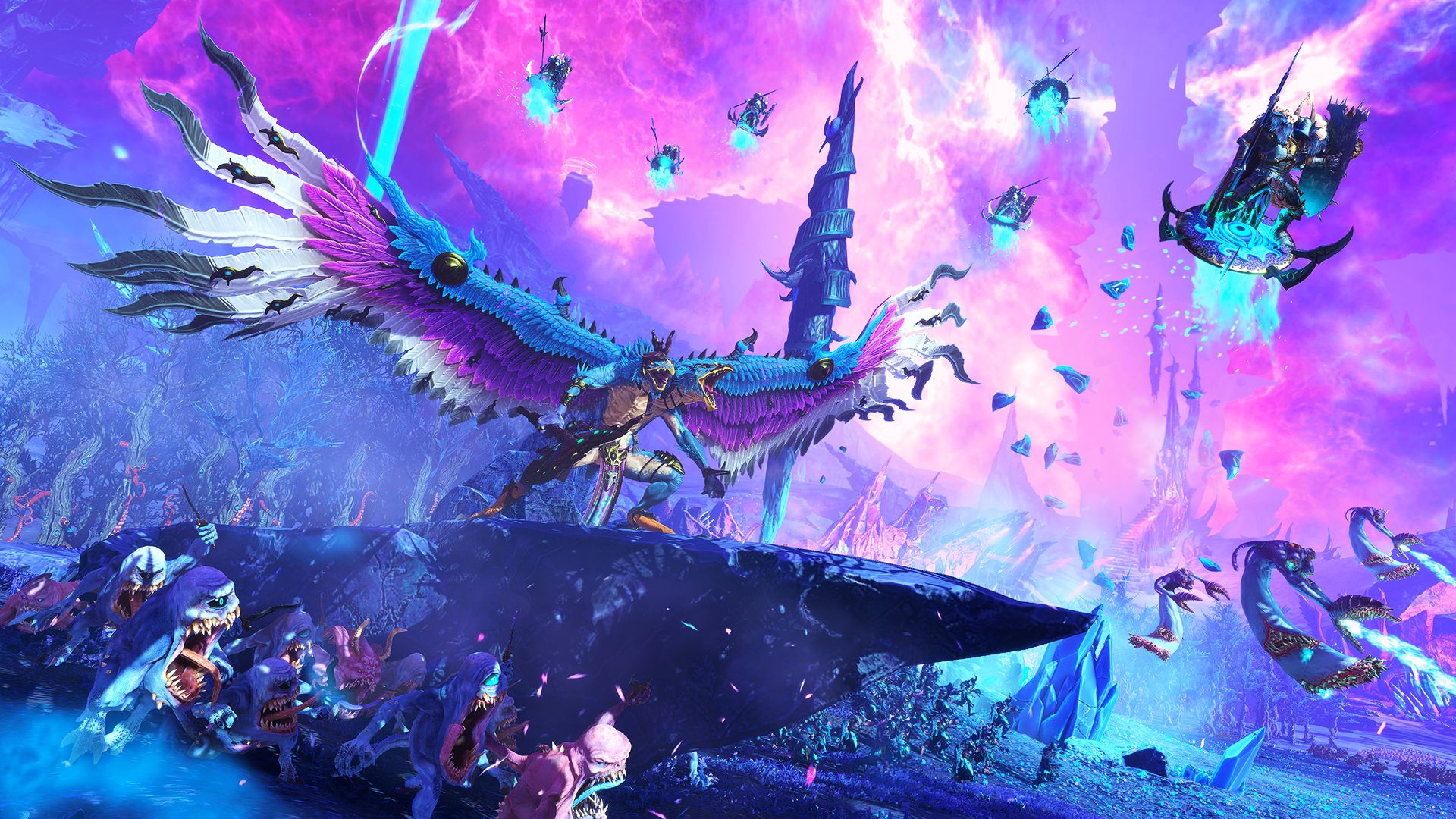 We get to see the faction in action, alongside some information, that you can read below.

Kairos Fateweaver is the mightiest of the Lords of Change to serve Tzeentch. Blessed with visions of the past and future, he is a nigh-unrivalled sorcerer and knows every action before it has been conceived, allowing him to twist destiny to suit his own malevolent purposes.

As one of the most powerful spellcasters to wreak havoc upon the blood-soaked battlefields of Total War™: WARHAMMER® III, this twin-headed terror has an armada of magical abilities to unleash upon the enemy. His ability of choice, Staff of Tomorrow, dramatically increases the rate at which he can cast magic, allowing him to effortlessly channel a terrifying mix of the most devastating spells in existence, including those from the new Lore of Tzeentch.

As the ultimate source of magic in the Warhammer World, Tzeentch’s armies are made up of formidable spellcasters who make deft use of powerful sorcery to blast enemy ranks from a distance, whilst an agile fleet of daemonic flying units carefully pick the right engagements to control the battlefield on their own terms. The more spells his servants cast in battle, the greater the magical abilities he can unlock to cause maelstrom upon the battlefield.

Within the campaign, The Raven God strives to create tumult and turmoil for its own sake. His factions can perform Changing of the Ways actions to machinate diplomatic situations and manipulate other elements of reality. His followers can also manipulate the Winds of Magic to suit their whims, allowing them to increase or decrease its potency across the mortal world.

Tzeentch’s servants share his delight of conspiracy and manipulation, and conquer in his name with cunning, sorcery and deceit. The core of his roster is constructed around ghastly daemons such as the giggling Pink and Blue Horrors and the abominable Flamers of Tzeentch who fling hell-fire at the enemy with reckless abandon, whilst flying units such as Doom Knights, Burning Chariots and Screamers of Tzeentch tear the skies asunder before cascading down upon enemy ranks.

If you want to see more, you can watch a video on siege mechanics, the previous trailer, the one that came before, another, plenty of gameplay, and the original announcement.