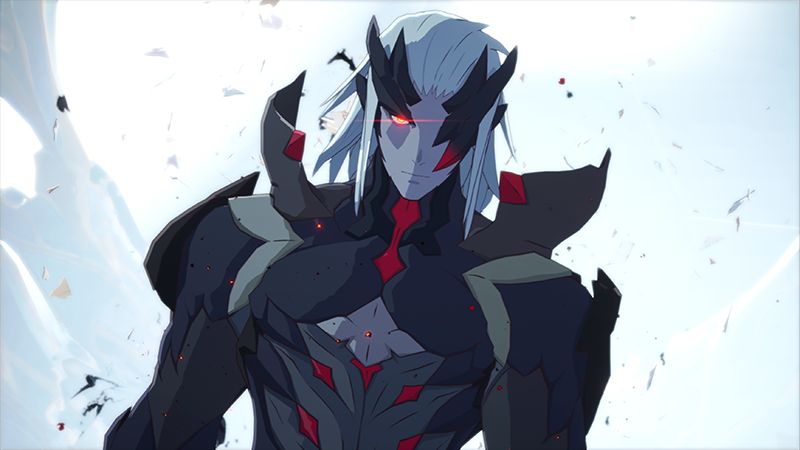 The publisher is releasing new screenshots introducing all the characters that will appear in the opening cutscene, which was teased a few months ago with a brief clip. The first batch was already revealed a few days ago.

Merlouf is a mysterious boy who appears out of nowhere. He observes the hero with a meaningful gaze, but one can’t tell his true intentions.

Voldigen is the “Dragon King” who united the Dragon Clan with his overwhelming power. He appears in front of the heroes with the intention to kill Aerinse.