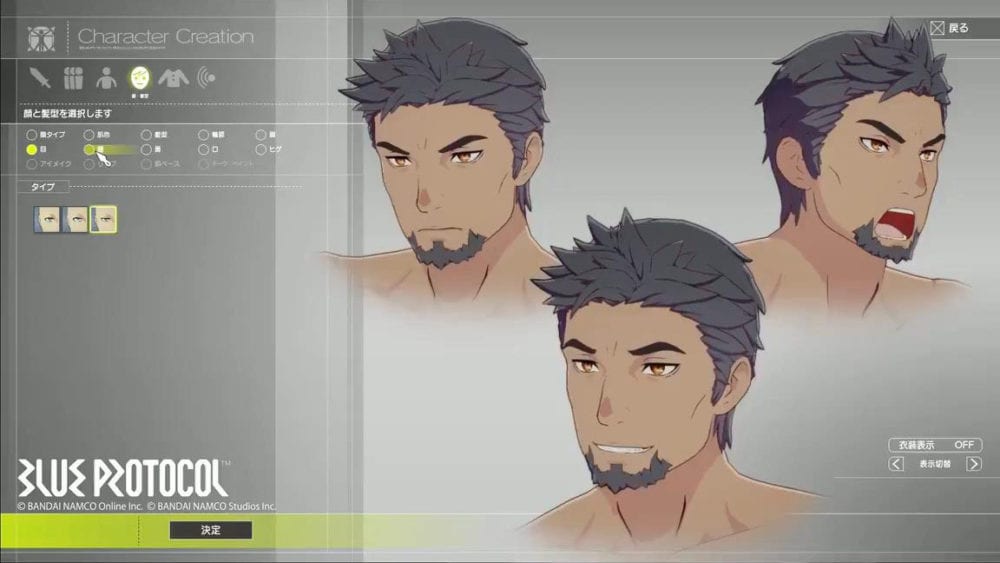 Bandai Namco is continuing to reveal new aspects of its upcoming online JRPG Blue Protocol, and today they released a new video, a new screenshots, and new details.

First of all, we get to see the character creation of an older guy. This display was requested by many since all of the characters we have seen so far looked very young.

More videos of this kind will be released going forward featuring a beautiful girl, a boy, and a “sexy” character (they didn’t mention if it’ll be a guy, a lady, or both).

Incidentally, this particular customization won’t be available in the upcoming alpha, while selectable parts differ depending on the body type and face type. Since the development team is going for a look similar to anime movies, extreme customization like a beard on a young boy’s face would break the art style and won’t be available.

The character customization features are still in development, and developers will work on increasing the options in the future. They expect feedback on this in the questionnaire that alpha testers will be asked to send in.

Secondly, we get to see a new screenshot of the city named Astreris, which serves as the home base of the players. The city is both large and beautiful, and many adventurers visit it to find work. There is even a beach for those who enjoy that.

If you want to see more, you can watch the initial announcement trailer and the first screenshots, and the second batch of screenshots together with a video featuring the character creation, and the latest screenshots from earlier today.