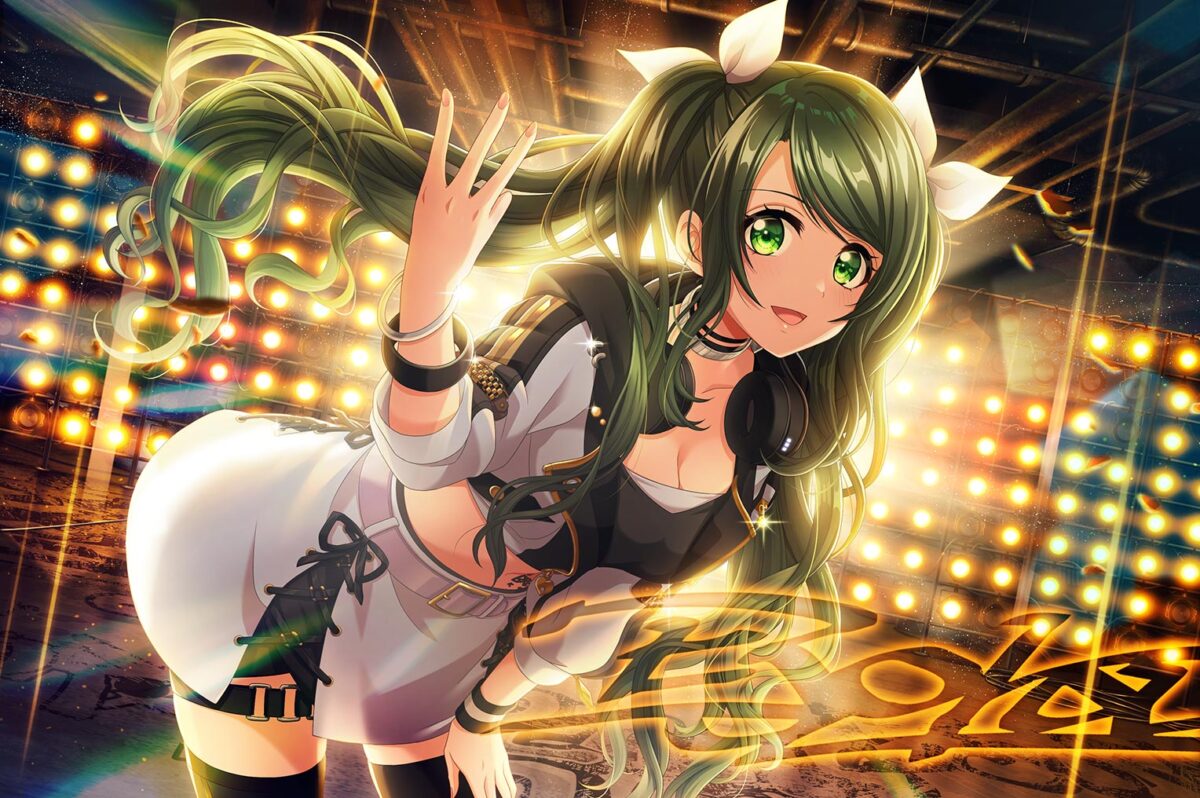 The trailer focuses primarily on introducing Esora Shimizu from the Peaky P-Key unit. She is the unit’s backup vocalist and of the characters who appear in the game and other related media.

You can watch her respond to ten question and get to know her a bit better before the game releases in English.

The second trailer is a music video featuring the theme song of the game titled “Love! Hug! Groovy!!” featuring the whole cast from all six DJ units in an extensive medley. Do keep in mind that you can turn English subtitles on for this one.

You can watch both trailers below.

If you’d like to see more characters, you can enjoy a trailer about Rinku Aimoto, another featuring Maho Akatsu, one introducing Muni Ohnaruto, one focusing on Rei Togetsu, two showcasing Kyoko Yamate and Shinobu Inuyose, and one starring Yuka Jennifer Sasago.