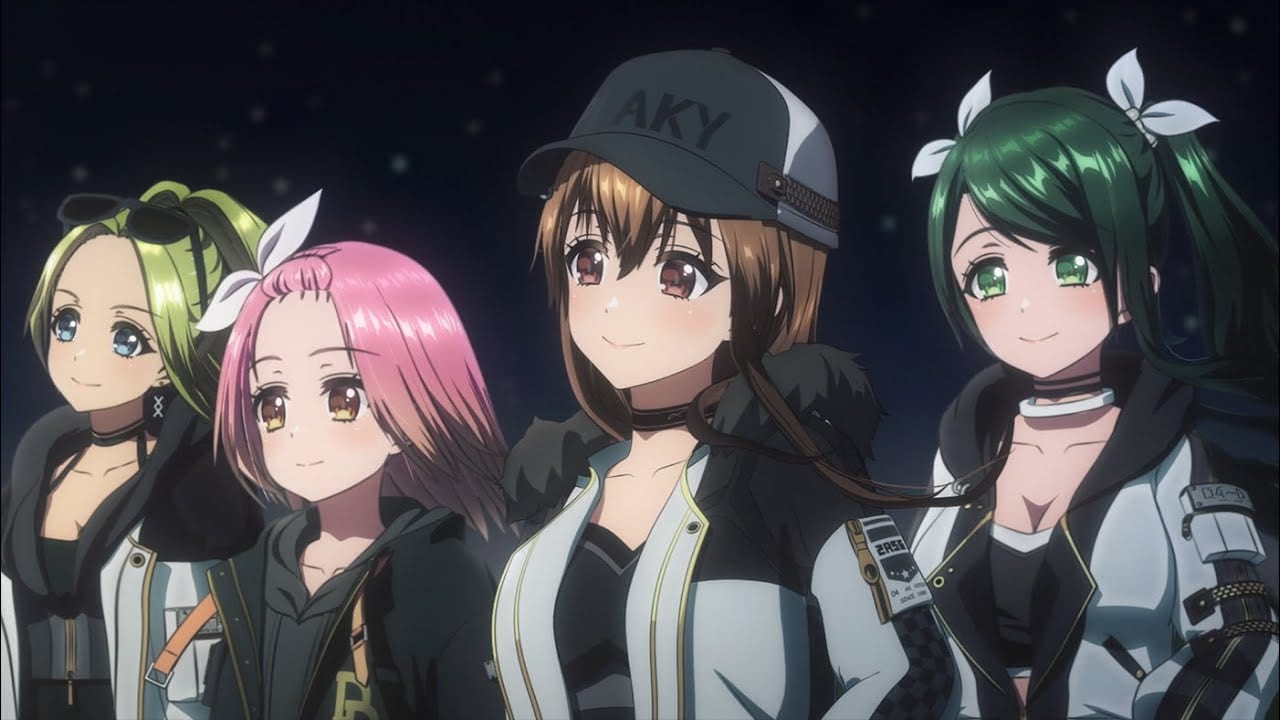 First of all, we get the opening trailer which includes a really long song performed by the whole team of 24 idol DJ that will be featured in the game.

We see and hear them one by one, which is quite neat. The song is titled “LOVE! HUG! GROOVY!!” (and yes, it’s all-caps).

The second video is a song performed by one of the bands featured in the game, the trendy Peaky P-key. It’s titled “Wish You Luck.”