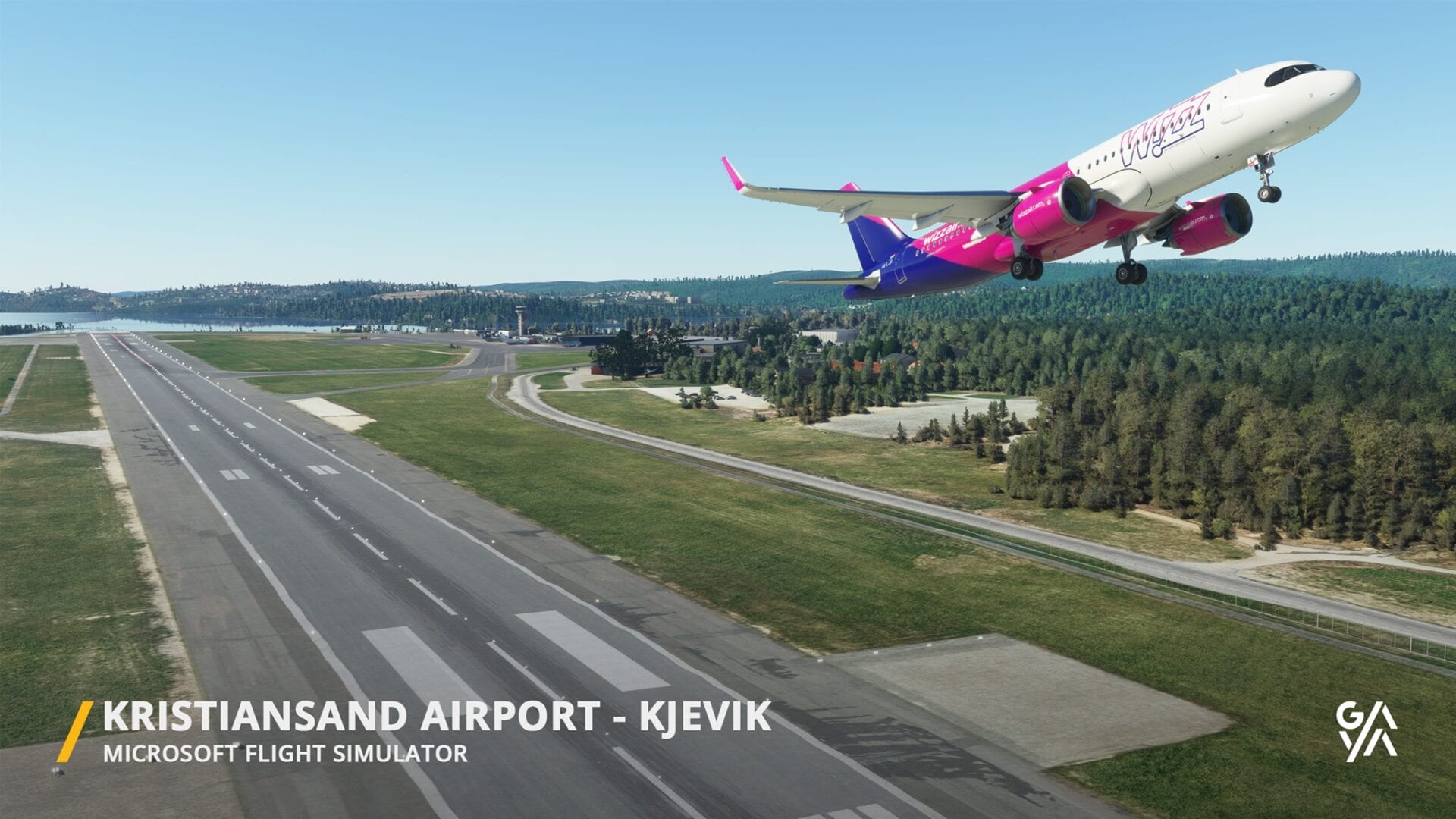 The wait isn’t going to be long, as the date is tomorrow, March 5.

Here’s how the airport is officially described:

“Located in the idyllic southern reaches of Norway, Kristiansand is the largest city in the spectacular Agder region of the Scandinavian nation and what more fitting way to explore it than by air!

Approach over the sea or through a narrow valley, Kristiansand really has it all – not to mention it can cater to all as well, with both ILS and RNAV approaches available for those looking to jet off to Norway for a holiday and service to major hubs and tourism hotspots alike.

Seeing 737s, A320s, E-Jets, Q8s in airline traffic alone, it’s safe to say that ENCN is not the quaint rural field it’s surroundings make it seem like, making this product perfect for simmers who like flying IFR and visiting beautiful airports.

As has come to be the standard with Gaya Simulations, best-in-class detailing and immersion can be expected, alongside great performance in the simulator with Kristiansand Airport.”