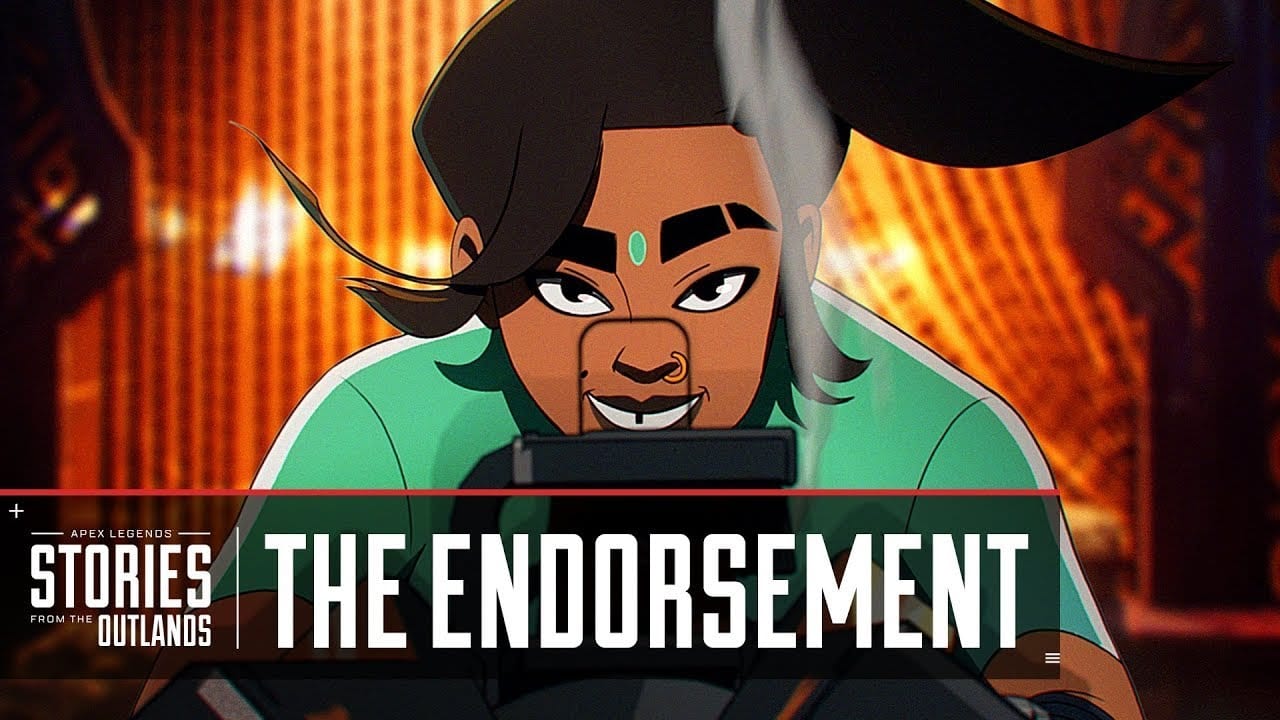 So far, there have been Outlands videos for Wraith, Wattson, Crypto, Bloodhound, Revenant, and Loba.

Apex Legends Season 6 was announced just a few days ago with the reveal of new Legend, Rampart, and this animated short focuses on how she comes to join the Apex Games.

Her real name is Ramya Parekh. She’s a modder who gained a reputation running underground gauntlets. In fact, her reputation grows so much that she receives an endorsement from Titanfall’s mercenary, Kuben Blisk.

In the short, we see Rampart interacting with Apex Legends Gibraltar and Bangalore in her modding shop. Soon after, she’s attacked by a group of unknown individuals.

She uses a shield wall and her turret, Sheila, to fend them off, which can be seen as a tease for her abilities.

Check out the video below to see it all for yourself:

If that reveal trailer and this Stories From the Outlands video are getting you as excited as intended, you can join the fight by downloading Apex Legends for free on PC, PS4, or Xbox One.