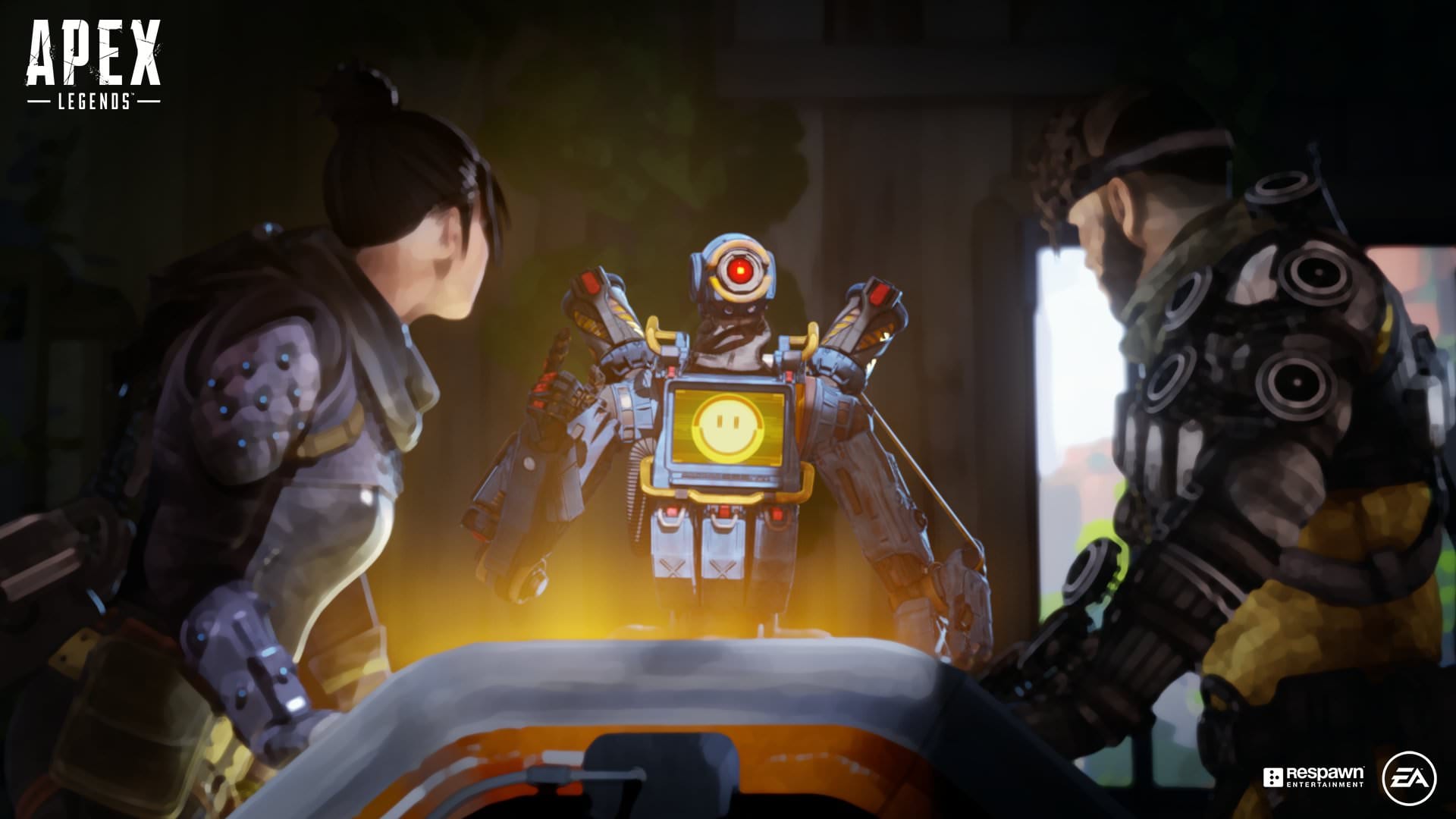 The world of Titanfall and Apex Legends is so full of fascinating stories to tell, but the games themselves, with the exception of Titanfall 2, just don’t feel like they can go as in depth as the world deserves. Perhaps the stories would be better off told in the form of an animated mini-series.

Believe me when I say that this statement comes from a place of love: I strongly disliked the way in which the intriguing plot of the first Titanfall was presented.

Titanfall 2 addressed that complaint, and Apex Legends genuinely makes me want to see this world through another medium with a storytelling focus on its loveable characters.

You can’t tell me that everyday interactions between Wraith, Mirage, and Pathfinder wouldn’t be entertaining. Ever since the Apex Legends launch trailer, I’ve wondered what it would be like to see more of those moments in that art style.

All three titles are primarily multiplayer games, so it comes as no surprise that their focus is more on gameplay than anything else. It isn’t a major detractor because all three feel great to play.

With that said, Respawn’s attempt at creatively providing an actual narrative in the middle of Titanfall multiplayer matches didn’t do its plot any favors.

Instructions from Sarah Briggs were the last things on my mind when running on foot from building to building trying to outsmart several player-operated titans.

Titanfall 2 does far better through a dedicated story mode. It does a wonderful job in terms of focusing on the bond between a pilot and a titan, but even then, you don’t learn very much about some of the other characters around you.

Busting into the Draconis transport ship with the aid of The 6-4 pilots felt amazing, but I had no idea who they were at all. I immediately needed to know more about them. After maybe 20 minutes of gameplay, I already wanted to be best friends and join their team.

The same can be said of the characters in Apex Legends. Their unique personalities are so engaging and varied that I’d love to see what they’d be like outside of the Apex Games. Through no fault of its own, the game simply can’t fully explore the backgrounds and ambitions of the characters.

The cinematic intro for Season 3 hit me much like the launch trailer did. Witnessing Mirage attempt to talk to Crypto while Lifeline and Gibraltar lounge around before a drop isn’t something I knew I wanted to see before I saw it.

I just wish to see more, and realistically, I’m unlikely to get it from this battle royale that I absolutely love playing. Ideally, the Legends’ stories can be told to an audience that is able give its full attention to the work put into the lore.

Respawn actually shows us what could be with their Stories From the Outlands videos that serve as short, story-focused episodes having to do with specific characters. Those animated shorts are exactly what I’d like to see more of.

If it wasn’t for the Voidwalker short, I’d have never known that two of Wraith’s legendary skins are references to another version of herself who was being experimented on in an alternate reality. I honestly just thought that, one day, she decided on cutting off all her hair for a cool new look.

In between her electricity puns, Wattson will occasionally mention in-game that she is, in fact, the brilliant scientist responsible for designing the ring used in the Apex Games.

However, there’s a huge difference between hearing her say that while scrounging around for loot, and actually seeing the ring power up while she listens to a heartfelt message from her proud father. All of the Stories From the Outlands were excellent shorts that were unfortunately, well, short.

According to the game’s site, Octane’s reason for losing his legs is that he was bored. So bored, in fact, that he set the course record for a Gauntlet by launching himself across the finish line using a grenade. He then guilted Lifeline into getting him powerful new prosthetics.

Imagine being able to witness all of that in motion. There are so many more character pasts, and even futures, that could be better presented and experienced in an animated series.

At the risk of sounding a bit too demanding, reading interesting lore on the Apex Legends website or under loading screen art just isn’t enough sometimes.

I’ve become drawn to these characters in a way that I didn’t think was possible for a multiplayer-only game. Alternate timeline Wraith deserves a hug, the overly-friendly Pathfinder deserves a high-five, Caustic deserves to see a therapist, and Apex Legends deserves an animated mini-series.

Even if a mini-series is completely off the table, here’s hoping that each Legend gets the spotlight at least once in their own Stories From the Outlands.