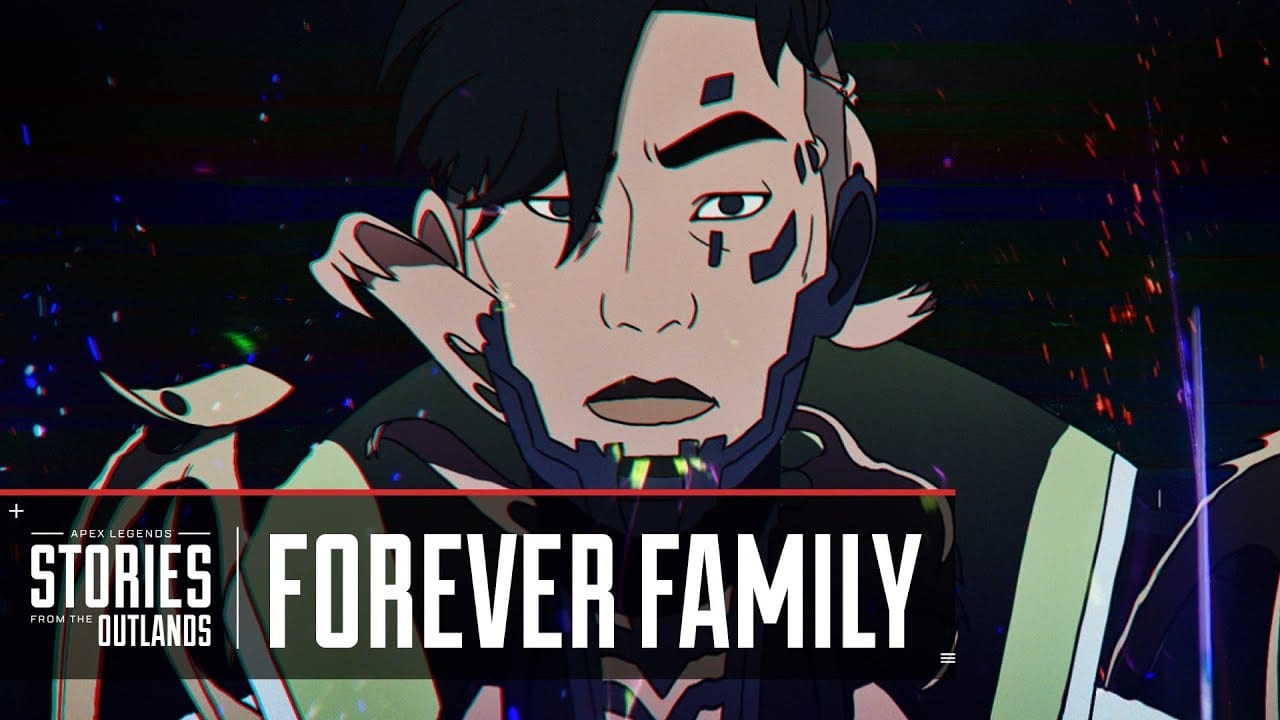 Another superb episode of Apex Legend’s Stories from the Outlands animated series released today called “Forever Family.” This latest one is all about new character Crypto, who’s set to join the roster some time in the near future.

We get to see how events in his past have shaped his vengeful persona, and the action sequences give us some clues as to what his strengths will be in battle.

Notably, Crypto has been spotted in-game by Apex players in recent days for the first time. A hologram image of him can apparently sometimes be spotted in the Labs area of King’s Canyon.

Not a great deal is known about what sort of abilities Crypto will have, but it certainly looks as though he’ll use drones as a form of attack and defense. That would line up with the findings of one dataminer last month.

For now, though, you’ll just have to sit back and enjoy the latest story from the outlands and see what you can pick out.

If you haven’t already, be sure to check out the rest of the series’ episodes. Wraith’s past was highlighted in the last outing in the episode “Voidwalker.”