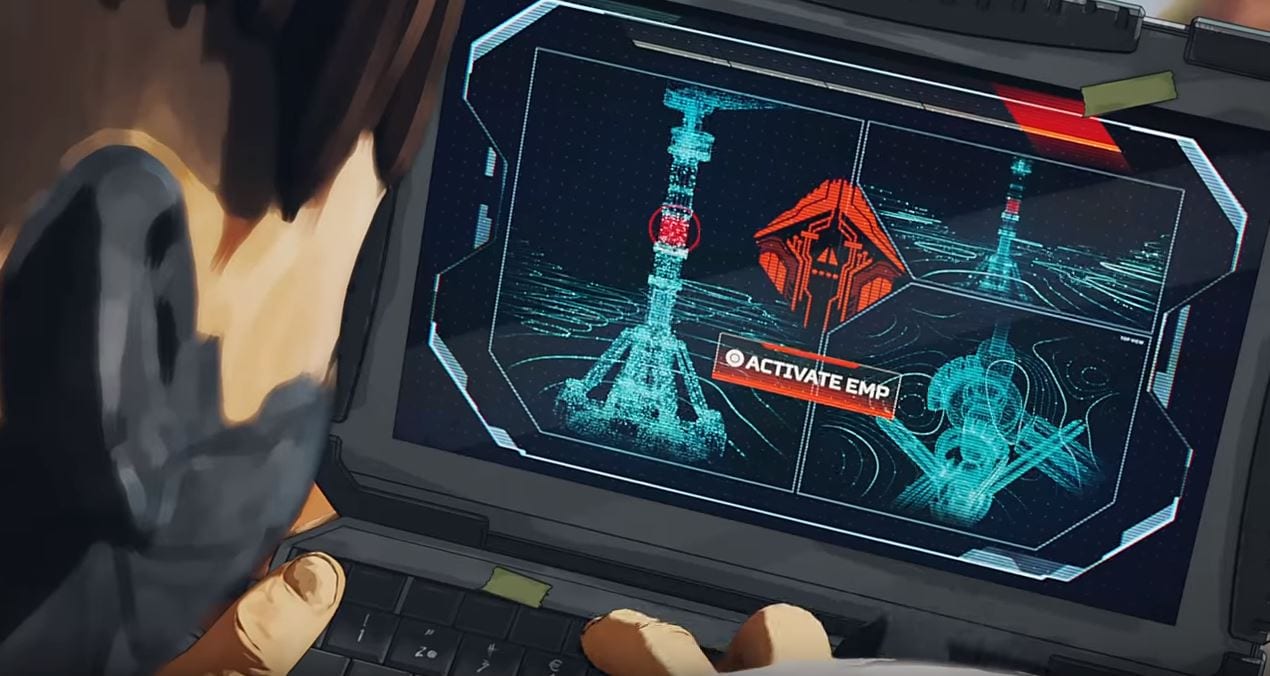 When Apex Legends entered its second season, it brought with it a new playable character, Wattson. However, the season two launch trailer also hinted at a second mysterious new character, the hacker responsible for the destruction of the tower. Now, before season three releases in October, players have finally found the new character hiding in Kings Canyon.

Crypto, the hacker that has been hinted at all season, was discovered in the Singh Labs hacking a computer terminal. You can catch a glimpse of Crypto before he runs away in a video posted by Redditor FrozenFroh:

This is the first in-game model Apex lore hunters have seen of the new character, though this isn’t the first time he has been teased this season.

Last week, mysterious computer screens appeared all across the canyon, showing a decryption progress bar building to 100%. However, when the bar reached 100%, all it said was “Attempt Failed,” leaving fans ravenous for more information on the mysterious figure.

The Apex lore subreddit has already started digging into the images that flashed on Crypto’s screen before he made his tactical retreat, so far linking the tower seen on the computer to the Titanfall 2 art book.

This certainly isn’t the last we have seen of Crypto; he’ll definitely be back to cause more mayhem. It is possible he will be linked to season three in October, maybe even as a playable character.

While we wait for more information about Apex Legends’ new character, you can check out the Apex Legends “Voidwalker” short film, or our list of all of Wattson’s legendary skins for more Apex Legends.