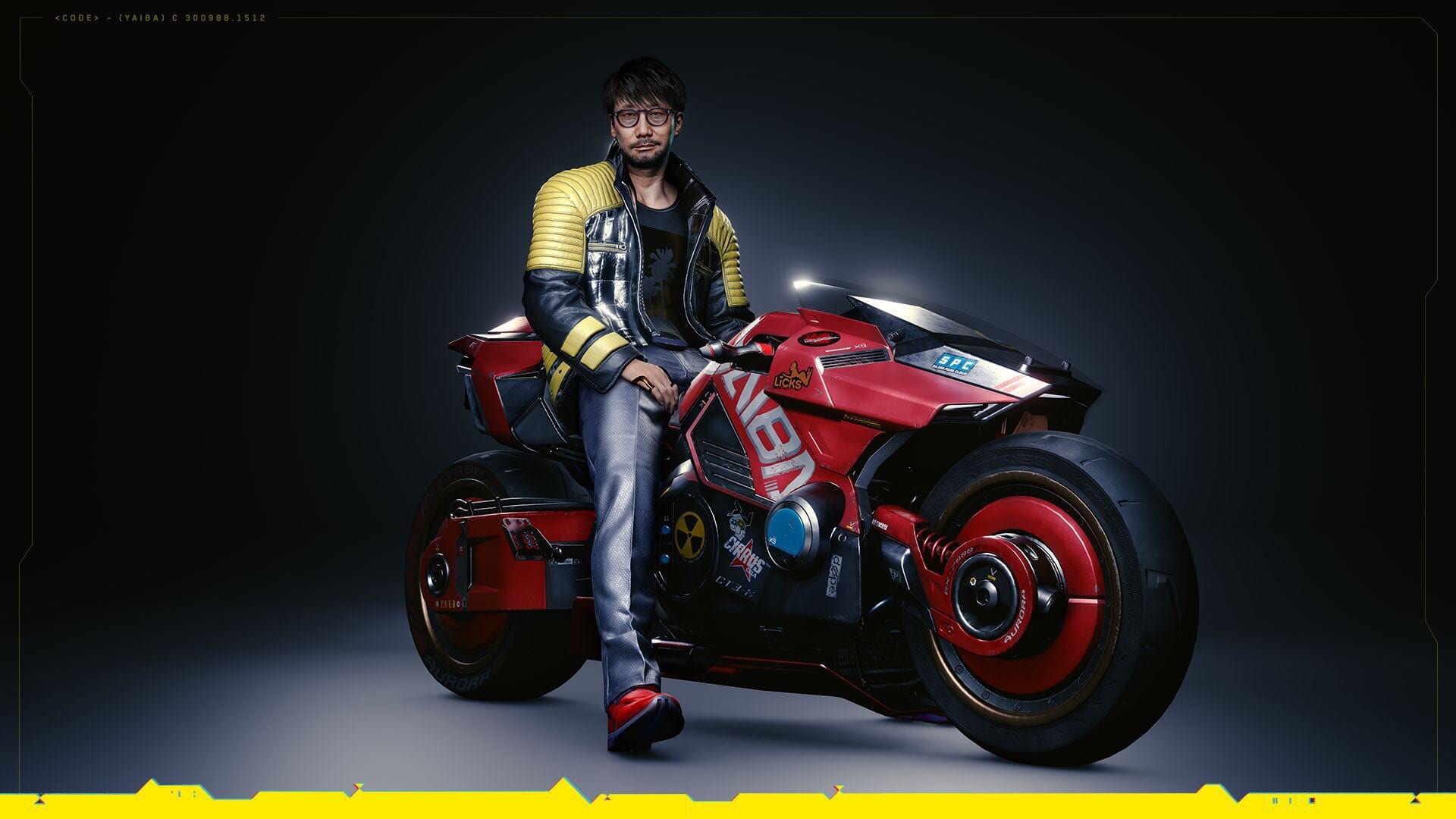 Today Cyberpunk 2077 developer CD Projekt Red had something special to share with the fans via social media.

Kojima-san himself followed up by posting a larger version of the image.

At the moment CD Projekt RED has not confirmed whether this is simply a homage to the popular developer or he actually has a cameo in the game.

We reached out to the studio to ask for clarification, and we’ll let you know if we hear anything back.

Incidentally, the real-world picture was shot at the game’s booth at Tokyo Game Show 2019.

If you’d like to read more, you can also enjoy some comments from Cyberpunk creator Mike Pondsmith from a free days ago, the most recent gameplay reveal, the newest trailer, more images, another batch about the Watson District, one showcasing Westbrook, one featuring City Center, and one showcasing Santo Domingo.