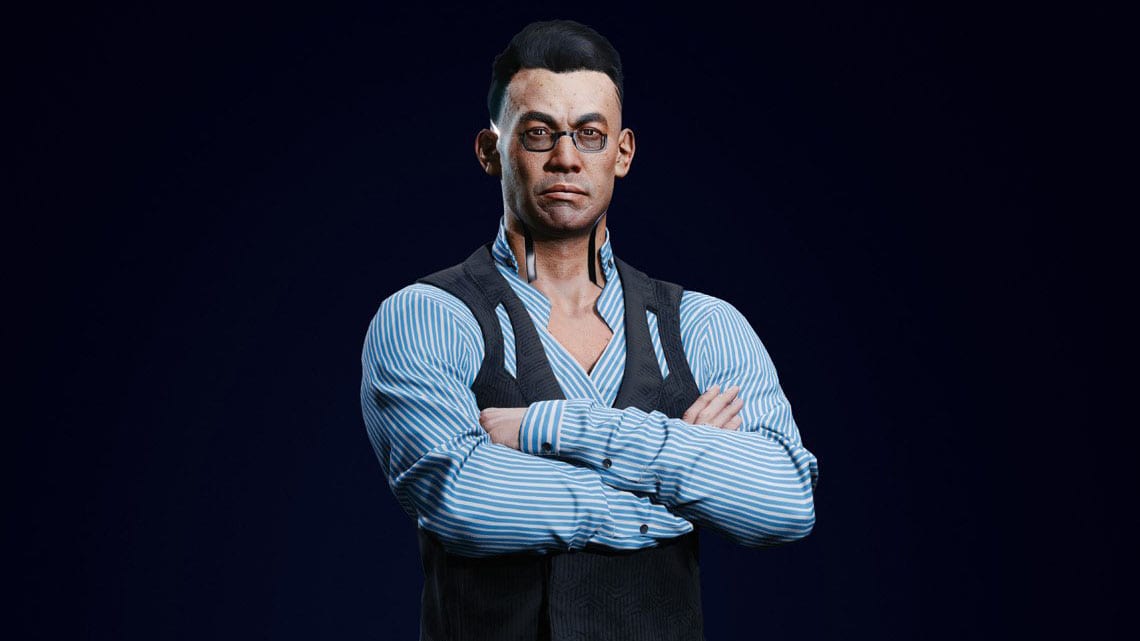 First and foremost, we get to take a look at Yorinobu Arasaka, youngest song of the much better known Saburo Arasaka, head of the iconic weapon manufacturing corporation.

Secondly, we take a look at another district of Night City, Santo Domingo.

Apparently, Yorinobu isn’t too fond of his father’s legacy.

“Yorinobu, heir to the Arasaka empire, is Saburo Arasaka’s youngest and only surviving son. Yorinobu cut ties with his father after a heated argument. He sought destruction, but soon realized that the corporate giant’s power was impossible to defeat — at least from the outside.”

“Santo Domingo is one of Night City’s oldest districts. Corporations use it as a testing ground for industrial projects, destroying old factories just to build new ones, while residents scrape a desperate living in crowded megabuildings — wishing for something better.”

If you’d like to read more, you can also enjoy some comments from Cyberpunk creator Mike Pondsmith from a free days ago, the most recent gameplay reveal, the newest trailer, more images, another batch about the Watson District, one showcasing Westbrook, and one featuring City Center.