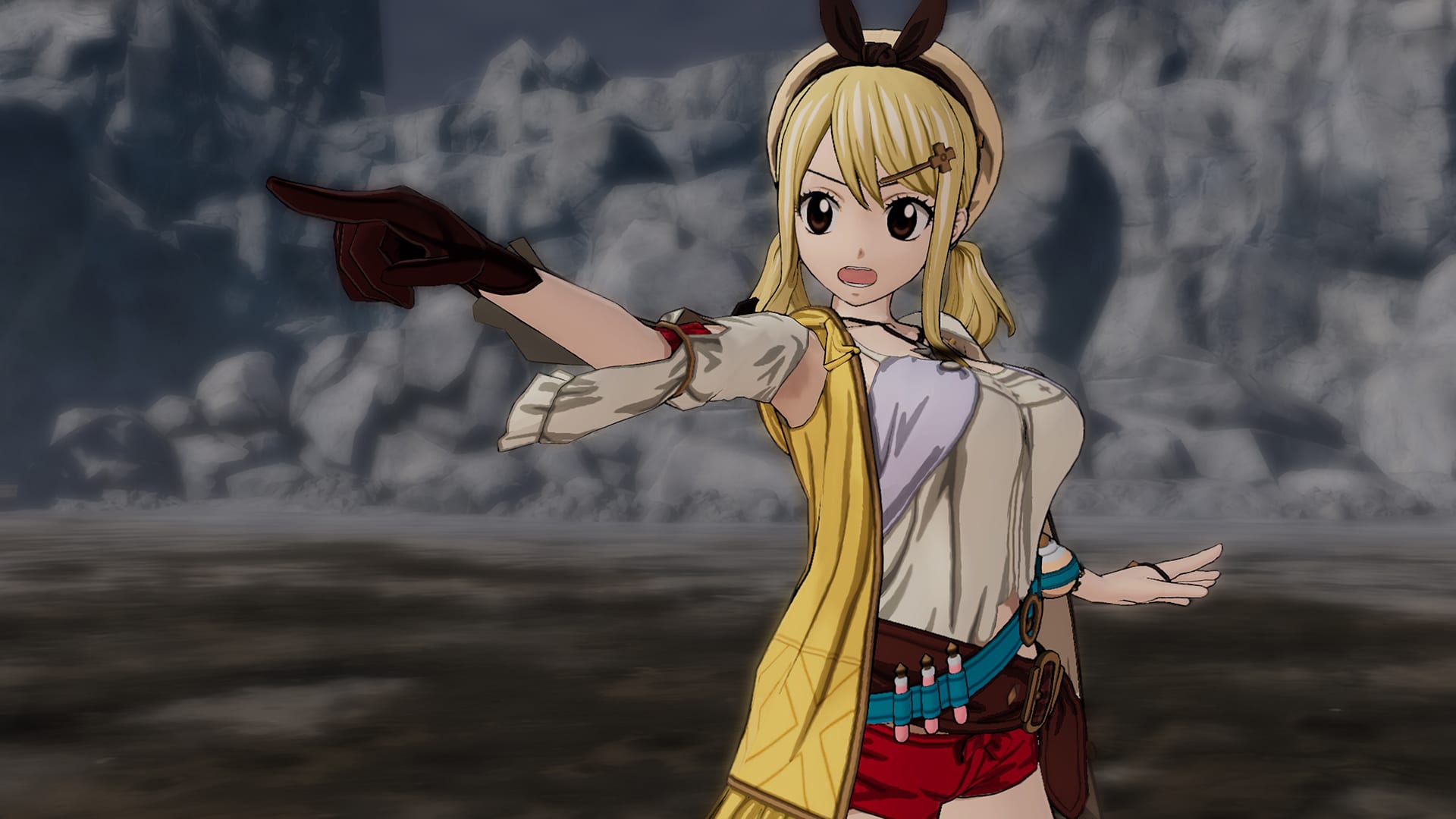 The screenshots focus on showing familiar characters and their magical abilities, on top of providing a look at the costumes coming in the Digital Deluxe edition.

Those are the Grand Magic Games Team costume for Natsu, Erza, Gray, Lucy, and Wendy, and another costume for Lucy inspired by Atelier Ryza.

Here are some more details from the press release.

FAIRY TAIL’s extraordinary world of magic and dragons is captured in remarkable detail throughout this all-new gaming experience, with a phenomenal focus of delivering the type of magic and mystique fans of the worldwide sensation anime and manga series have been craving. In FAIRY TAIL, characters can now combine in a Unison Raid to unleash their magic spells at once to overpower enemies. This Unison Raid ability originally premiered in the FAIRY TAIL anime and manga, but in the game, all new magic and character team-ups will be featured, introducing exciting new powers from never before seen character combinations.

In addition, a series of Extreme Magic Spells will also be introduced, including Kanna’s Fairy Glitter – which can be activated when magic attacks are combined, Makarov’s “Giant” magic, and even a spell known as Exceed Special, which will help your party out in times of terrible trouble. Each magic spell carries unique elemental properties and affinities, with magic dealing more damage to specific opponents. Characters can then upgrade their magic spells by gaining experience points throughout their journey.

Also, by using magic attacks during battle, the party’s Awakening Gauge increases. When the gauge is fully filled, characters can be Awakened, enabling them to utilize even more powerful magical abilities – and with each character employing different Awakening Modes, players will be able to expand their strategies across a broad range of sorceries and enemies.