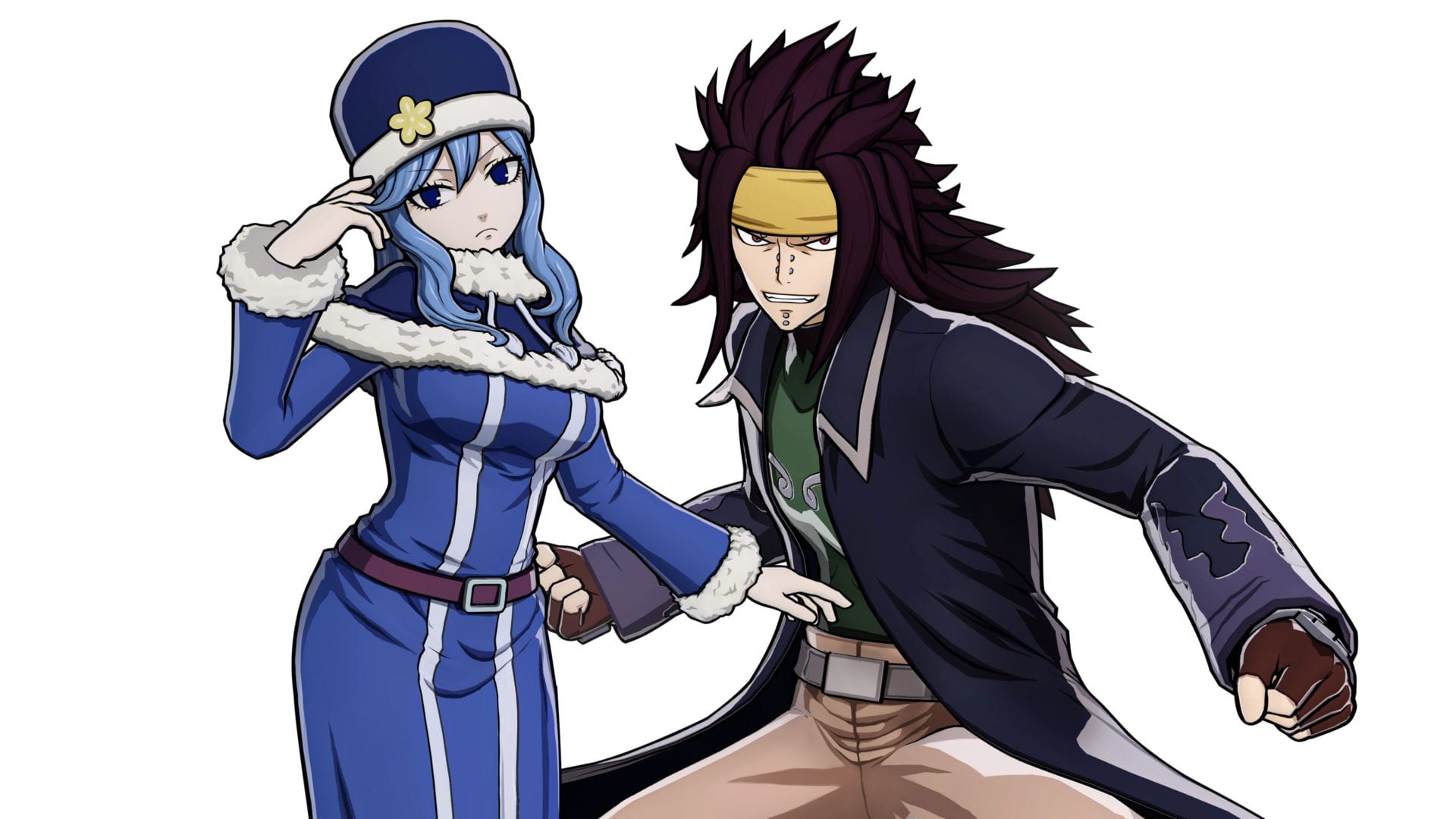 Today Koei Tecmo sent in  a press release with a sizable batch of new screenshots of the upcoming amine-inspired JRPG Fairy Tail.

We get a good look at playable characters Juvia Lockster and Gajeel Redfox, on top of the Domus Flau arena in Crocus and the request board.

More familiar characters appearing in the screenshots are Hades of Grimoire Heart and Kagura Mikazuchi of Mermaid Heel.

Incidentally, we also get to take the first look at the English localization.

Below you can read some interesting details directly from the press release.

“FAIRY TAIL’s enchanting storyline includes the fan-favorite Tenrou Island arc, the Grand Magic Games arc, and the Tartaros arc; as well as other episodes from the original canon based on Hiro Mashima’s best-selling manga and anime series of the same name.

The game’s plot focuses on the time period about half way through the anime and revolves around the FAIRY TAIL guild’s near demise after the mysterious absence of Natsu’s party. The guild’s prestige has plummeted in the years since they’ve been gone and is drowning in debt.

Thankfully, Natsu and his crew of mages are back and ready to return FAIRY TAIL to its glory days by joining the Grand Magic Games and competing for top guild. Action includes Natsu’s party facing Hades in an action-packed showdown, Erza clashing swords with Kagura of Mermaid Heel, and breathtaking battles against the dark guild Tartaros.

In addition, original episodes will also be playable to help characters bond while unlocking unique scenes in the game.

To help in the quest, two new playable characters were also announced: as “The Iron Dragon Slayer”, Gajeel Redfox, and “The User of Water”, Juvia Lockser, join Natsu Dragneel, Lucy Heartfilia, Gray Fullbuster, Erza Scarlet, and Wendy Marvell in their heroic journey to restore their FAIRY TAIL guild to its former brilliance. Throughout the game, mages accept jobs from the request board inside FAIRY TAIL headquarters.

Battles often accompany these jobs, so characters must coordinate their attacks with other party members. Once completing the task, players report back to the guild to receive rewards, including money, items, and guild fame.

Guild rank will vary in line with fame, rising from D to S – the higher the rank, the more challenging the mission, but with that comes even bigger rewards. Rise the ranks to take on the most challenging missions in the courageous quest to become the greatest guild in Fiore.”

If you want to learn more you should read our interview with producer keisuke Kikuchi.

You can also check out the original announcement trailer, gameplay footage from Tokyo Game Show, and the latest screenshots.