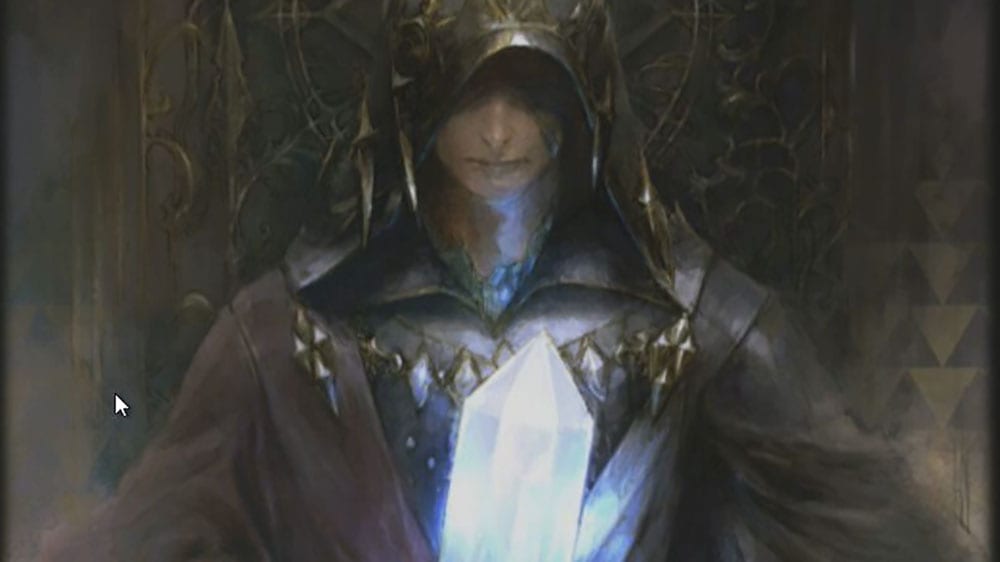 Today Square Enix broadcasted a new Final Fantasy XIV Letter from the Producer Live, focusing on the next major patch.

Producer and Director Naoki Yoshida and Global Community Producer Toshio Murouchi provided a lot of information about the upcoming update 5.3.

They’re doing their best to keep the game going so that players can come online and relax despite the situation outside.

The whole development team is currently working from home, and they encourage all players to stay home safely and enjoy the game.

Originally, update 5.3 was scheduled to launch in mid-June. Progress on development was a bit beyond 70%. Yoshida-san was planning to do his usual checks on the content in mid-April, but at that time it was decided to shift the whole team to teleworking.

Voice actors from all over the world made an effort to record their lines for the main story quest of update 5.3, so all the voice data is actually ready.

Developers working from home have access to a local server so they’re able to test their content before sending it to the central internal datacenter. That way they can find bugs and issues pretty easily.

This is very different from how things usually work in Japan, because teleworking isn’t widespread and security is usually very tight, shutting out any connection from outside of the company. The new teleworking situation changed this radically for the development team and opening the tools to be used from home created challenges.

Now the development team is in the midst of the migration process to working from home while preserving a secure environment. It’s nearly done. Efficiency is roughly down to 80% of what it was, but they managed to make it work.

There are still two big hurdles left to clear: the first one is syncing the local servers at home with the development server at the company. It takes a lot longer via the internet than it does in normal conditions when everything is done within the company’s internal network. The team is still working hard to make it work smoothly and they’re close to the goal.

The second hurdle is the fact that homes in Tokyo are often very small so it’s difficult for some developers to simply find the room for the equipment, which is also noisy so it can cause issues for family members. Some may even not have a sufficient power supply.

In order to solve this, the company is communicating with each developer to find out how they can support everyone. The process isn’t complete yet, but they’re a few steps away from the goal.

At this point, the team sees about a month of delay compared to the original plan.

The next update will also include a new 24-man raid, and finding a way to test it from home could cause additional issues since Square Enix has never done it before.

That being said, Yoshida-san is “conservatively” expecting the final delay from the original launch window to be between one and two weeks on top of the month originally predicted.

While Yoshida-san didn’t provide specifics, this should mean a release window for the update shifted around the end of July or the beginning of August.

We then get to see the new key artwork and the official title of the update, “Reflections in Crystal.” The update will conclude the Shadowbringers story and will require players to clear the Crystal Tower quest series and the “My Little Chocobo” quest.

We also get to see a screenshot from the story.

A new instanced dungeon titled “The Heroes’ Gauntlet” will be implemented, and it’ll be compatible with the Trust system. You can see a screenshot below.

A new tribe quest chain will come focused on Dwarfs and crafting.

Another Chronicles of a New Era quest will be titled The Sorrow of Werlyt. It’ll be story-focused and include an instanced encounter but no Trial.

That being said, there will be a new Trial separate from the Chronicles of a New Era line alongside its savage version. This one is actually going to be the final battle of the story of Shadowbringers, but the boss is a surprise.

The new 24-man alliance raid will, of course, be the second chapter of YoRHa: Dark Apocalypse tied-in with NieR: Automata and it’ll be titled The Puppet’s Bunker. We can see the first concept artwork.

There will be adjustments to jobs for PvE and PvP. The Frontline Daily challenges will include all Frontline campaigns.

An update to the Save the Queen questline will include the first upgrade. It’ll include a large-scale instance titled “The Bozjan Southern Front.” It’ll allow up to 100 players in the instance but it’ll take a completely different route from Eureka. Details will be announced in the next Letter from the Producer Live.

Updates to crafting and gathering will include Trial Synthesis (basically testing a recipe without actually owning the materials). It’ll also be possible to search for recipes by clicking on ingredients in your inventory.

There will be a new custom delivery client and changes to the collectibles system.

The Ishgardian Restoration will enter the third phase and the Skybuilders leaderboards will reopen. Skysteel Tools will also get additional enhancement steps.

The content from A Realm Reborn will be revamped. This includes a streamlining of the main scenario questline to help introduce new players and encourage progression to later parts of the story.

Some redundant quests will be removed while those introducing characters that return later will stay but many will feature fewer steps to be completed.

Flying mounts will finally work in the original A Realm Reborn areas. You’ll have to complete the main scenario quest The Ultimate Weapon. Luckily, you won’t have to find aether currents to fly.

Unreal Trials and Faux Hollows will be introduced. It’ll be a new difficulty for trials and a new minigame.

Old battle primals will be synced to level 80 when playing their Unreal version. Each patch will include one Unreal trial available for a limited time starting with The Akh Afah Amphitheatre (the original Shiva). It isn’t simply a matter of increasing the bosses’ stats, but they will be adjusted manually case by case. The team may be able to include two per patch in some cases, but they can’t promise this.

Completing the trial will give you a chance to play the Faux Hollows minigame once per week. The minigame will provide rewards based on performance.

More information on the update will come in the next livestream.