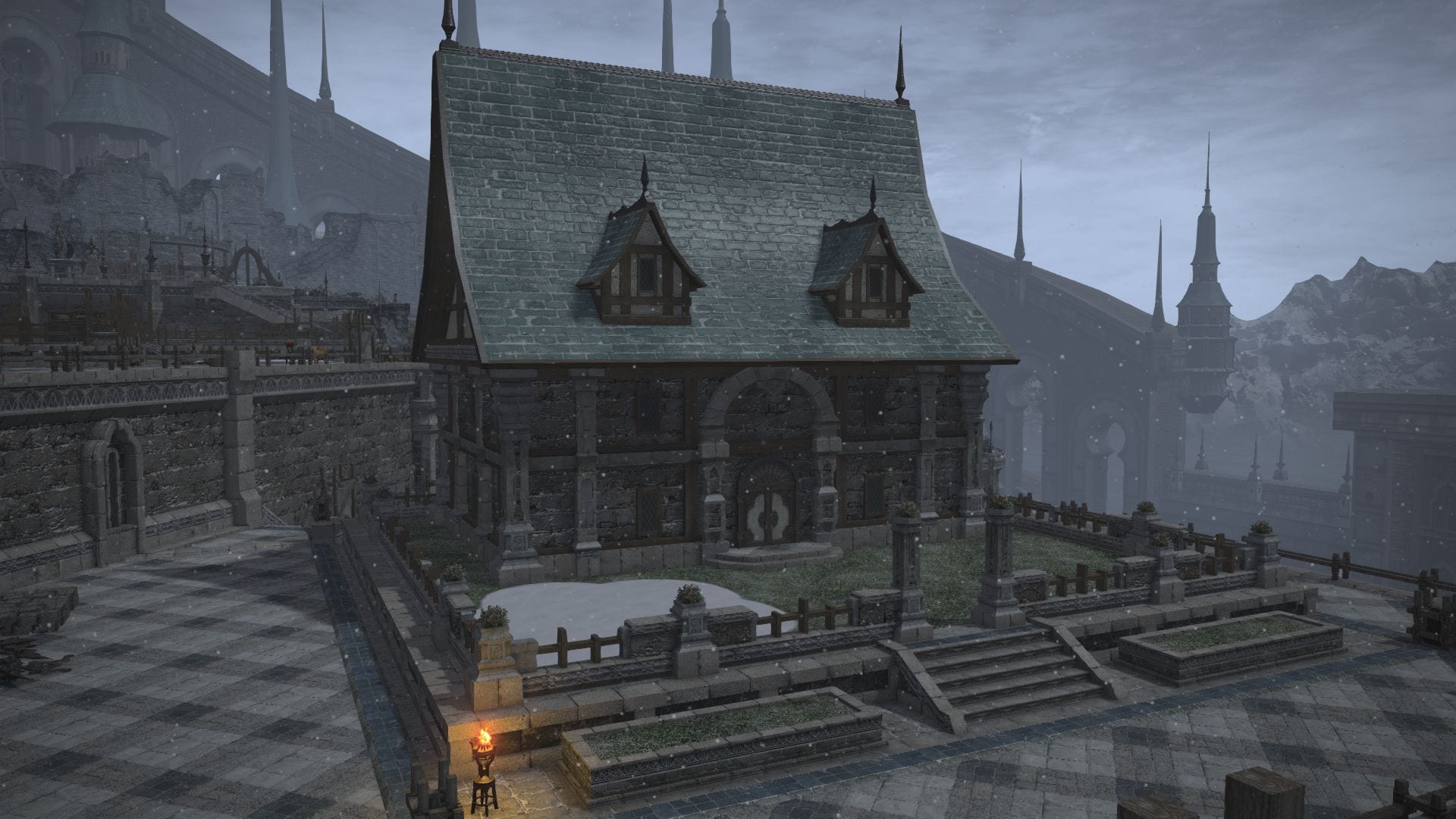 The Ishgardian restoration has been in full swing on Final Fantasy XIV for a while, and a few servers have reached an interesting stage.

Japanese players on servers Tonberry, Chocobo, Shinryu, and Ixion have managed to push the restoration past stage 31, causing the reveal of the first in-game models of Ishgardian houses.

Developers have been remarkably coy about confirming that the Ishgardian Restoration will indeed result into the opening of the local housing wards (despite the fact that it has been quite obvious for a while), and Director Naoki Yoshida deftly dodged the question in our latest interview.

Yet, the houses are now visible to everyone who has access to the Firmament in one of the servers mentioned above.

Below you can see what appear to be Cottage and House-sized abodes, which are the smallest and medium-size houses. At least on Chocobo (which is where the screenshots have been taken), the bigger Mansion-size building has not been revealed yet on stage 32. Unfortunately, I don’t have a character on Tonberry, which currently leads the restoration on stage 34. Tonberry is closed to new characters, so you’ll have to wait a bit longer.

North American servers are lagging a bit behind, with Balmung and Gilgamesh leading the pack on stage 29. Cerberus is the top-ranking in Europe, on stage 26, which is still pretty far from seeing the first houses pop up.

Of course, the housing wards aren’t functional just yet, with the houses being exclusively decorative for the moment. We don’t know how long the Restoration will last, but it’s cool to get a look at what we’ll be able to enjoy when the feature launches.

You can alsow enjoy the report on our latest visit to the Eorzea Cafe in Tokyo, one about the latest orchestra concert, and our look at the recent uniqlo collaboration.