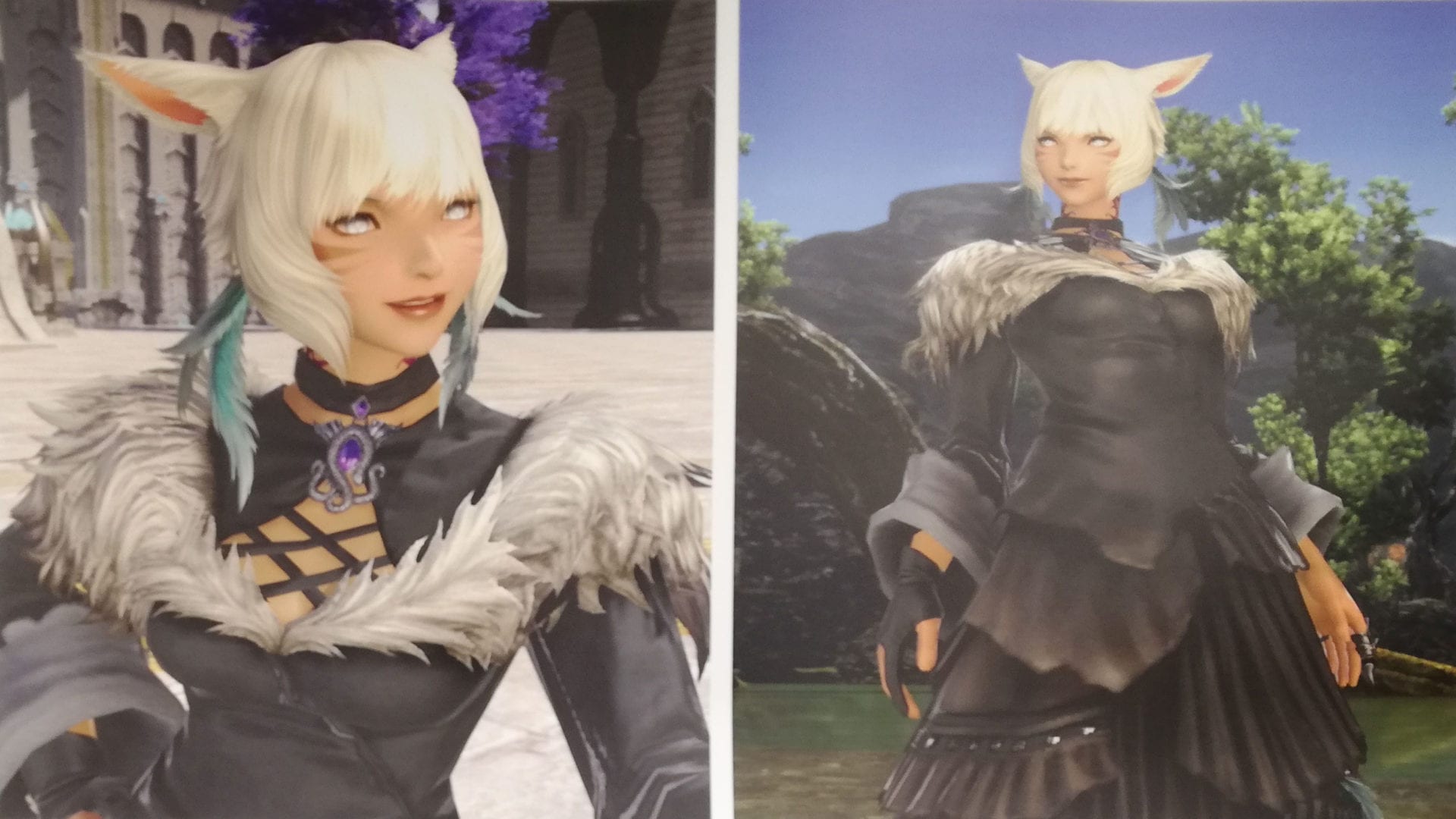 Final Fantasy characters aren’t new to being used as testimonials for clothing brands, and this time around the spotlight is on the heroes of Final Fantasy XIV.

Square Enix launched a collaboration with Japan’s popular clothing brand Uniqlo to advertise its Heattech line of thermal clothing, and the testimonials are some fan-favorites among the MMORPG’s NPCs.

Three Uniqlo stores in Tokyo (more precisely in Shinjuku and Ikebukuro) feature posters displaying the characters as they proudly explain their experience with Heattech clothes.

The execution is pretty simple and a bit cheesy, but the messages are actually rather funny and appropriate to the personality of each character.

There are even some events mentioned that only veteran Final Fantasy XIV players will be able to easily understand.

You can see the posters below.

We learn that Estinien has been wearing Heattech for a whopping five years:

“I always wear Heattech under my armor. It has been almost 5 years… My comrade Aymeric first recommended it to me.

I used to be skeptical but I still remember how surprised I was when I first wore it.

Even if I jump high over freezy Coerthas, I don’t get cold. Now I can’t think of air combat without Heattech.”

Alphinaud has been wearing the brand for one year only, but he’s no less enthusiastic.

“I wear it from head to toe.

When I was traveling to Ishgard, a fellow traveler recommended it to me, and I haven’t been able to let go of it since then.

Even when I was gathering firewood at the Churning Mists in Dravania, I didn’t feel cold at all.”

Alisaie has also been wearing the brand for a year.

“I buy it every time they release a new product. It doesn’t get in the way when I make wide movements, and the mobility is amazing.

It feels difficult to pick one because there are so many colors, but I always end up choosing red!”

Cid mentions that Heattech is the Garlond Ironworks’ secret uniform.

“We often work in cold areas, so this is a necessity. When flying our airships, the wind hits us directly. That’s why in our company we provide it for everyone. Why don’t you get one too?”

“Even I am wearing it. Garlond is wearing the normal version, but mine is customized with magitech to be even warmer.”

Y’shtola herself loves it, but she doesn’t forget about her mentor.

I like that it is not just warm, but it also feels smooth on the skin. If I say I forget I am wearing it, it might be an exaggeration… but it doesn’t disturb the flow of the magic, and that is one of the perks of Heattech.

I bought several for Matoya who lives in a dark, damp cave, I wonder if she would like them.

Lastly, Krile seems to be impressed and to have taken a peek at the contents of Ejika’s closet.

“The Forbidden Land, Eureka’s climate changes a lot, and there are many cold areas, so Heattech is a must for exploring.

Even that narrow-minded Ejika secretly wears it. I also wear the shorts, so I can explore with no worries!

This amazing technology goes even beyond what we have at the magic academy in Sharlayan.”

Recently, we learned that the game has passed 18 million registered users, alongside a lot of info on update 5.2.