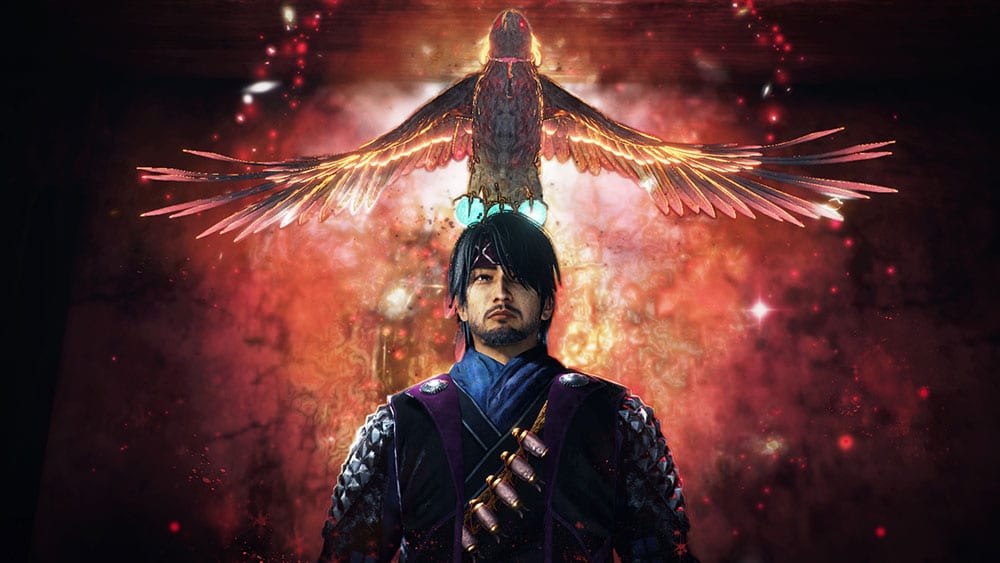 NiOh 2 is speeding towards its release in slightly less than two months, and Koei Tecmo is ready to ramp up the game’s promotion.

First of all, we get a message from director Fumihiko Yasuda on Twitter.

Yasuda-san mentions that starting today, the team is going to deliver new information every week for about eight weeks until release, so he encourages everyone to look forward to next week’s reveal.

The game is in the final phase of development, and the feedback and expectations from the fans are what give the team strength.

The team plans to keep working hard so that everyone can enjoy NiOh 2 to their heart’s content, so they look forward to everyone’s continued support.

The info for this week come from a sizable official site update and a press release with plenty of screenshots and information.

First and foremost, we get the reveal of Saika Magoichi, voiced by Yasuyuki Kase.

He’s the head of the Saika Ikki from Kii (currently Wakayama Prefecture). Magoichi is actually the name given to the leader of the clan with each generation, and his real name is Shigehide Suzuki. He is the predecessor of Shigetomo, who appeared in the first game.

The Saika Ikki was a mercenary group that dispatched troops to various areas upon request. They were especially known for their proficiency with the arquebus and artillery. They had no master and do battle simply following the call of money. They fought a fierce battle against Oda Nobunaga at the Ishiyama Hongan-ji fortress.

The next reveal is Tesso, a youkai with the form of a giant rat. It’s a monster who used to be a monk who died while harboring a grudge.

Rats have been known as one of the worst kinds of pests since ancient times, and they didn’t just consume grain, but also paper, severely damaging temples that stored many scrolls and documents. The fact that the monk became an enemy of the Buddhist religion is a symbol of his grudge.

Another critter we’ll have to fight is a boss named Gyuuki, which is grotesque hybrid between a cow and a spider. It’s ferocious and brutal, and it’s often associated with water, appearing on the coast, near rivers, or waterfalls.

Two new stages have also been revealed, starting with Otari Castle at the foot of mount Kotani. It used to be the seat of the Azai clan and it became a huge mountain castle with plenty of complex structures.

We also see the aforementioned Ishiyama Hongan-ji fortress, which is a castle city near Osaka protected by a powerful wall. A canal leading into the sea serves as a moat and as a huge reservoir of water during sieges and for fire prevention.

It was called “Ishiyama” due to the many massive stones used for its foundations.

We then get to see three guardian spirits. Kyuubi the nine-tailed fox can damage enemies in a wide range with its tails. It also has illusionary powers and can pass through walls.

Yatagarasu is Saika Magoichi’s guardian spirit who can attack enemies by swooping into battle and shooting a flaming wave in three directions.

The Hiyokudori is a two-headed bird that can breath water-based attack from both beaks. Its attacks are very effective against large opponents.

Lastly, we see the Youkai powers of the Gedo-Hei and the Onibi.

If you want to see more, you can enjoy the previous batch of screenshots, the one released before, another gallery, the latest trailer, some additional details about the beta from yesterday, more info from the day before, plenty of videos showing the basics of combat gameplay, the previous trailer, the latest multiplayer gameplay, another set of videos, a gallery of images, another batch of screenshots, and plenty more images from the day before.