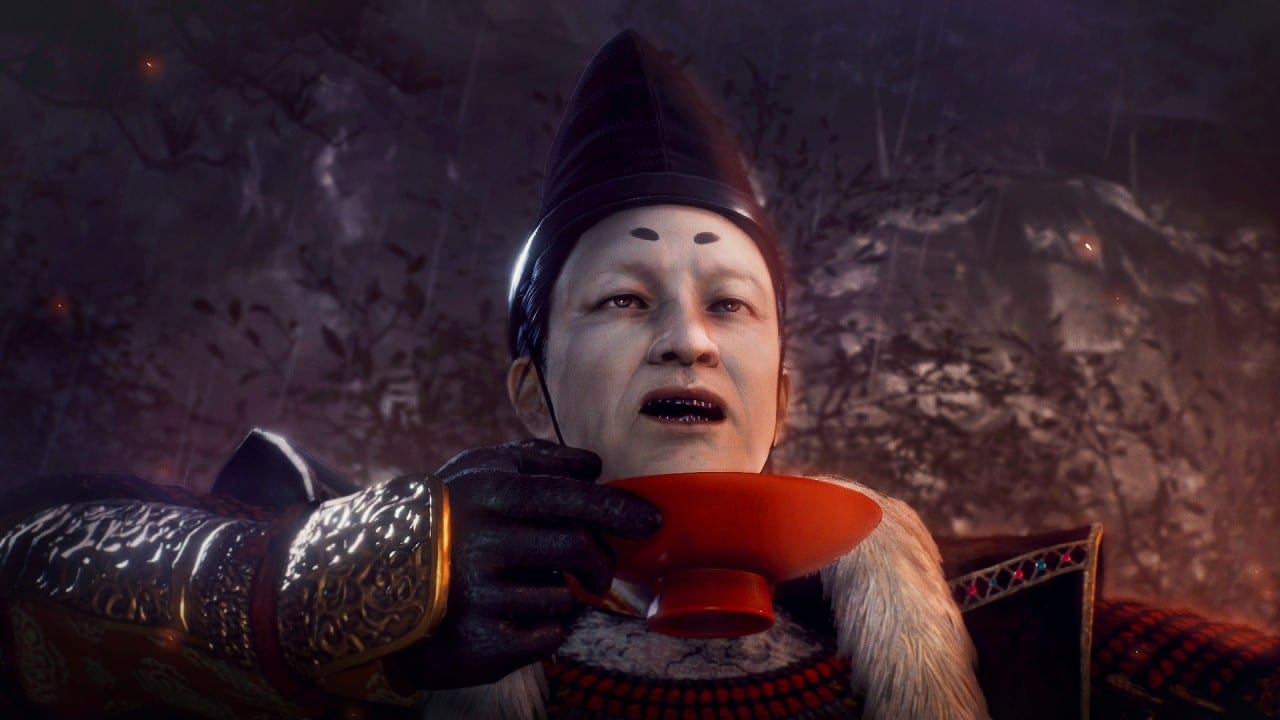 We get to see an event set in Tatara village where our hero finds large blacksmith workshop dedicated to creating swords to serve as tribute to the Gods.

Yet, he finds no workers there, but only charred and burned corpses. No normal fire could have caused them to be burned standing like that.

A mysterious wind blows among fire and smoke, which coalesce into the shape of a Youkai, Enenra.

Another event shows the encounter with Imagawa Yoshimoto, the daimyo who holds most of Tokaido under his control, renowned for his mastership of the bow.

His guardian spirit Rokugezo also appears in the form of a majestic elephant with six tusks, suitable for a man of great power like Imagawa Yoshimoto.

Despite his looks, his martial abilities are unquestionable, and they will become evident fighting him.

We even see the Youkai powers that we can acquire from Waira and Ipondatara.

We also hear that the beta announced a while ago will include different stages and youkai compared to the Tokyo Game Show demo. Anyone with online access on PS4 will be able to play.

If you want to see more, you can enjoy the previous trailer, the latest multiplayer gameplay, another set of videos, another batch of screenshots, and plenty more images from the day before.