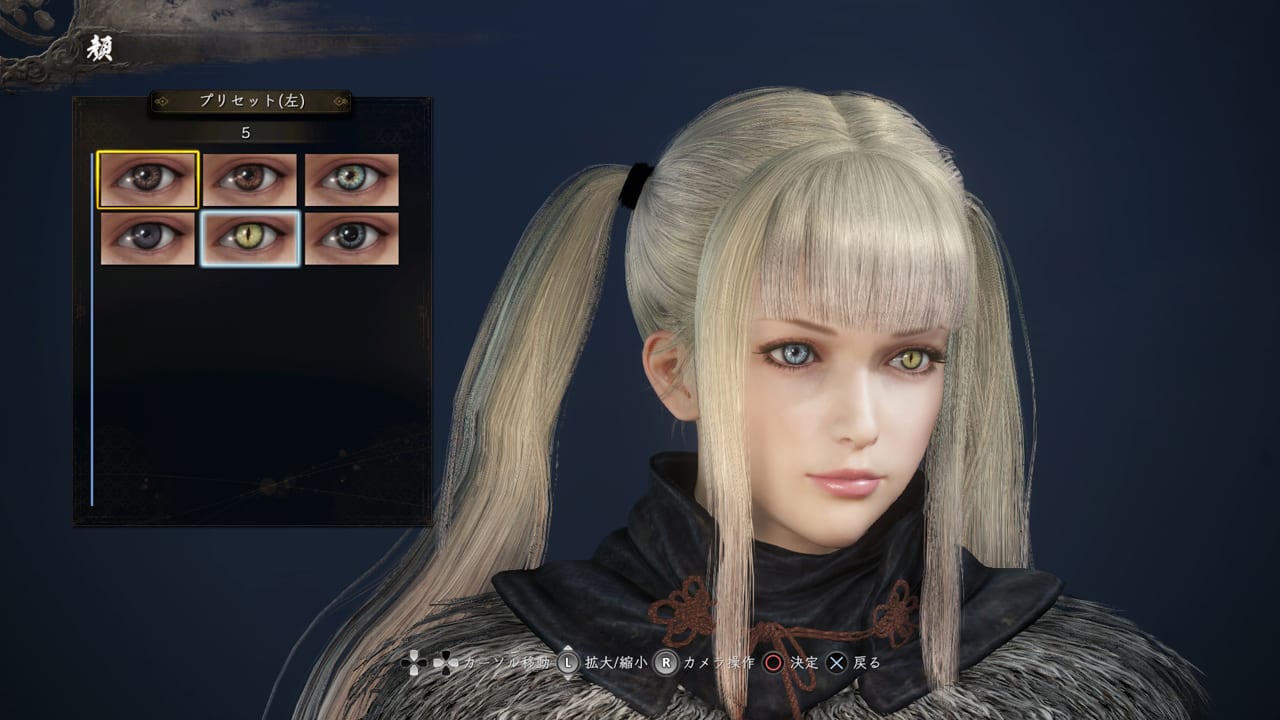 The screenshots showcases cutscenes and a look at character customization, which lets you go very deep in personalizing your hero or heroine.

You can even set different colors for the eyes, and modify the amount of curling for the hairstyle.

We also take a look at a few stages and mechanics, including progression.

Interestingly, when matching for multiplayer you won’t just see a meny, but the players involved will gather around the campfire before departing on their mission. You can play online from the beginning of the game.

The images also show some new youkai, including the Gedouhei, the Kamaitachi, the Mitsume Yazura, and the Yatsu no Kami.

On top of that, we see a new weapon, the Switchglaive, which changes form depending on your stance.

In the middle stance it takes the form of a sword with excellent reach and easy handling..

In the upper stance it becomes a scythe. It’s more difficult to handle, but its power is tremendous.

In the lower stance it changes into a dazhadao (if you’re unfamiliar with it, it’s the same weapon Zhou Cang uses in Dynasty Warriors 9), which can deliver quick and continuous attacks.

If you want to see more, you can enjoy the latest trailer, some additional details about the beta from yesterday, more info from the day before including a character design contest, a couple of screenshots from the beta, plenty of videos showing the basics of combat gameplay, the previous trailer, the latest multiplayer gameplay, another set of videos, a gallery of images, another batch of screenshots, and plenty more images from the day before.