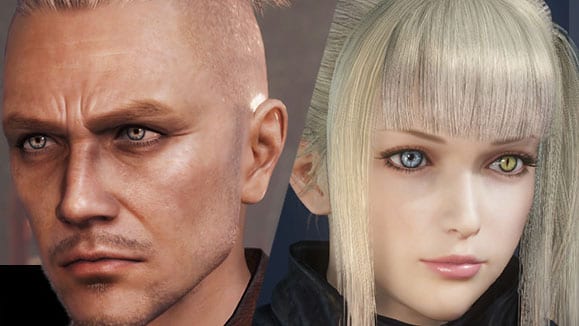 First of all, the brief but interesting clip of gamelay was showcased on Twitter, providing a first look at the Youkai technique that we can use once we absorb the power of the monster named Waira.

When we activate the move, we dive into the Youkai realm and then close the distance to the enemy springing back out to deliver a powerful attack.

Since you also avoid enemy attacks when you transition into the Youkai realm, this is a flexible technique that combines attack and defense.

Players are invite to submite their most creative characters created in the beta that will start on November 1.

The contest is open to western players as well, and you need to have your PS4 linked to Twitter in order to make it works.

Choose a slot and select “yes” when prompted to upload your character code. When the code is displayed select the “Share” option that will let you post the screenshot on Twitter.

To be eligible for the contest you need to type in the hashtag #Nioh2b_contest and you have to make sure not to overwrite the slot in which you saved the code.

The deadline for submissions is November 10.

Of course, this also pretty much confirms that NiOh 2 will use a code system to share your created characters online, which is a neat feature.

Below you can see a few related screenshots that were included in the press release.

If you want to see more, you can enjoy a couple of screenshots from yesterday, plenty of videos showing the basics of combat gameplay, the previous trailer, the latest multiplayer gameplay, another set of videos, a gallery of images, another batch of screenshots, and plenty more images from the day before.