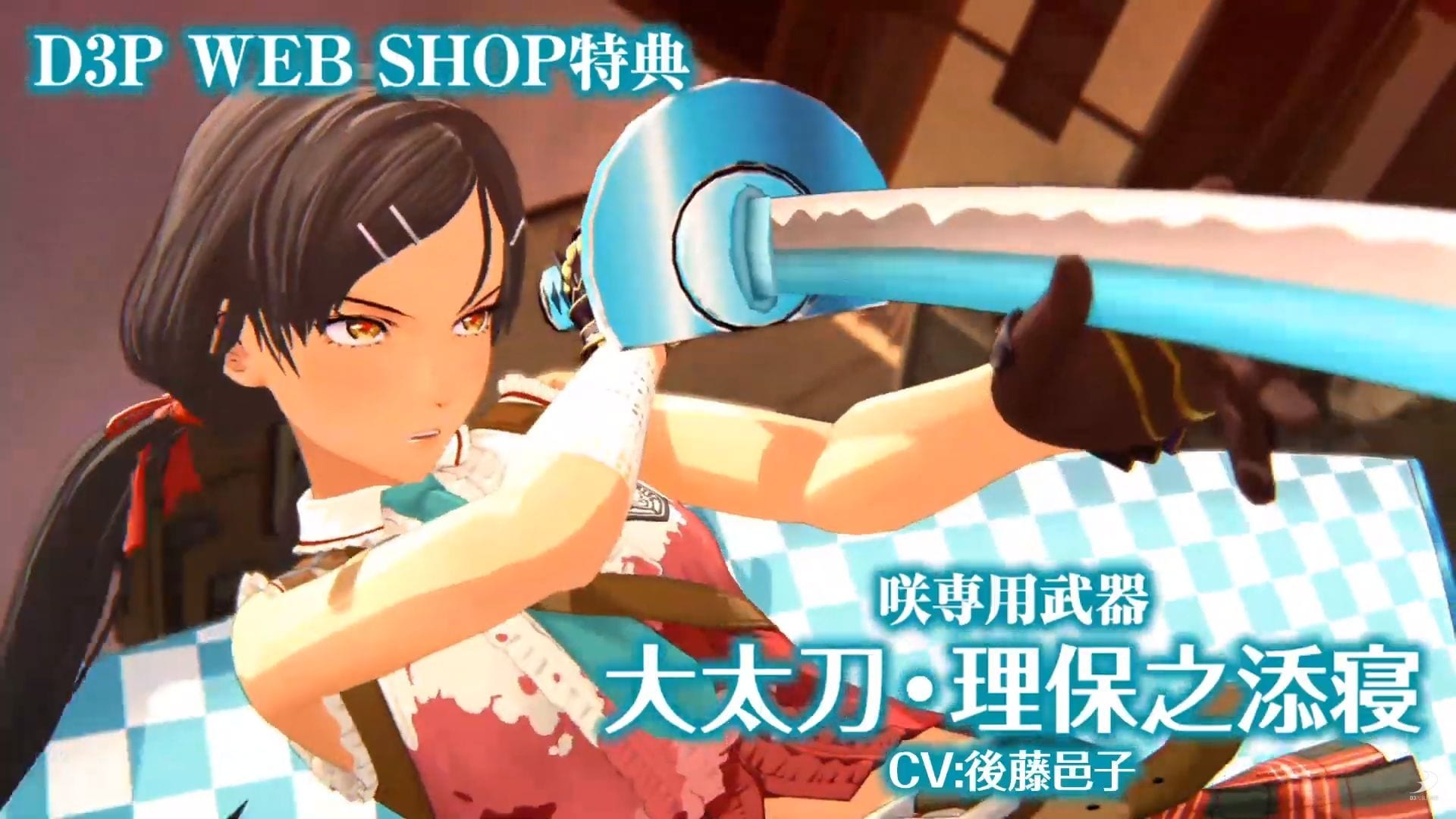 This time around we get to see footage of Saki  using her two primary battle styles. One is based on her katana, and the other on hand-to-hand combat.

The peculiar element here is that she is using the DLC that will be provided as early purchase bonus at D3 Publisher’s own online shop.

And yes, that’s a dakimakura on her back.

We also get to take a look at a battle against a boss that looks like a creepy giant infant.