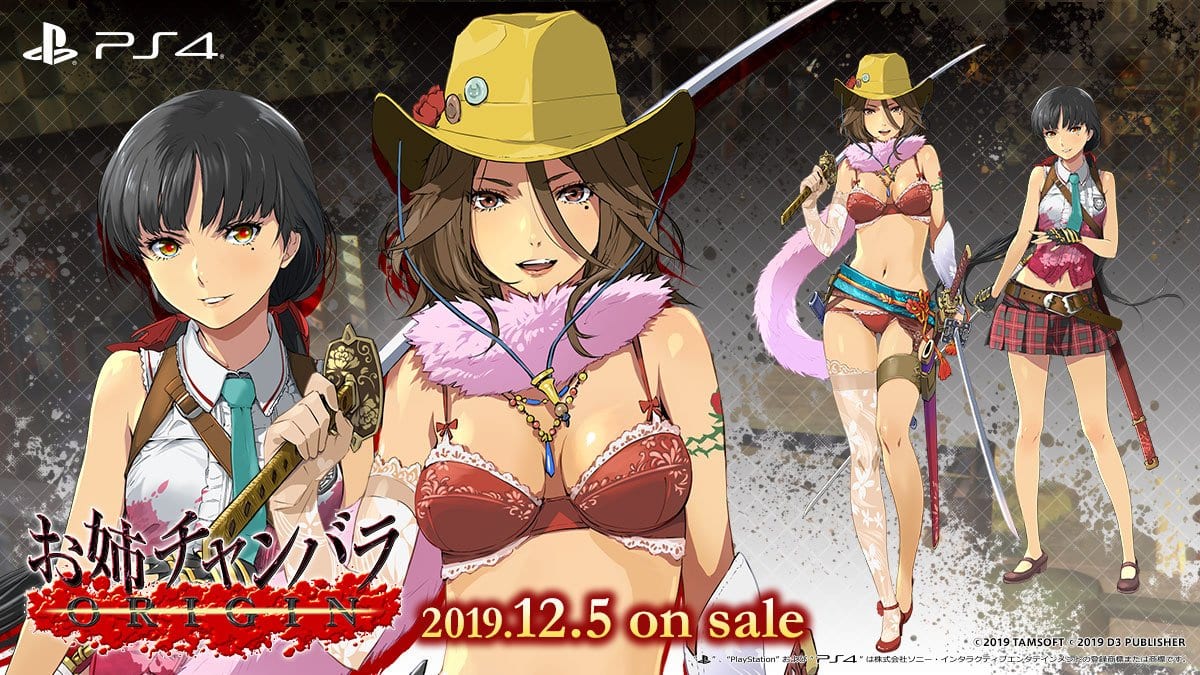 The pictures mostly focus on showing two additional costumes for both Aya and Saki. Those will be unlocked in the second part of the game, which encompasses the second game of the franchise Simple 2000 Series Vol. 90: The Onechanbara 2.

If you’re unfamiliar with it, in fact, Onechanbara Origin is a retelling of the first two Onechanbara games joined in a single story with more content a bit of a twist added.

We also get to see Saki in action, since she will become playable in the second part of the game. She comes with two distinct fighting styles (sword and hand-to-hand) and the ability to use devastating throws.

Players will be able to switch between Aya and Saki at will with the press of a button.

Of course, the screenshots shine with the new character design is by Katsumi Enami, known for the Baccano! series and his work on Nihon Falcom’s The Legend of Heroes: Zero no Kiseki and Ao no Kiseki.

Another element showcased in the images is a boss, named Ubi. It has the rather unsettling form of a giant green infant, and can attack with its umbilical cord.

If you want to see more, you can enjoy another recent gallery of screenshots, the previous batch of images and the first trailer and more from all the way back in February.