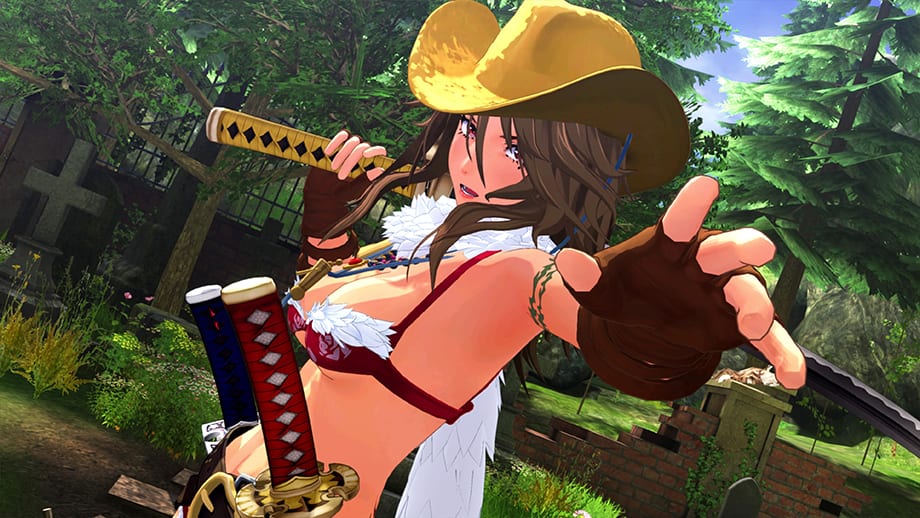 Onechanbara Origin was announced last year at Tokyo Game Show and had updates until February, then D3 Publisher went silent for a long while until a new reveal on last week’s Famitsu. Today, we get to see more.

First of all, we get a lot of new screenshots from the newly-opened official website, alongside a more precise Japanese release window in Fall 2019. The platform is still the same, only PS4.

The images show all the revealed characters and enemies showcased so far, including the latest ones, Aya’s father Oboro and the zombie schoolgirls Anzu and Sayaka.

We also get the very first trailer, with a giant warning at the beginning mentioning that it contains violent scenes and grotesque imagery. It shows the game in action for the first time, and featuring the theme song by “Aihakiminomono” performed by the metal idol unit Broken By The Scream.

If you’re unfamiliar with Onechanbara Origin, it’s a retelling of the first two Onechanbara games joined in a single story with a bit of a twist added.