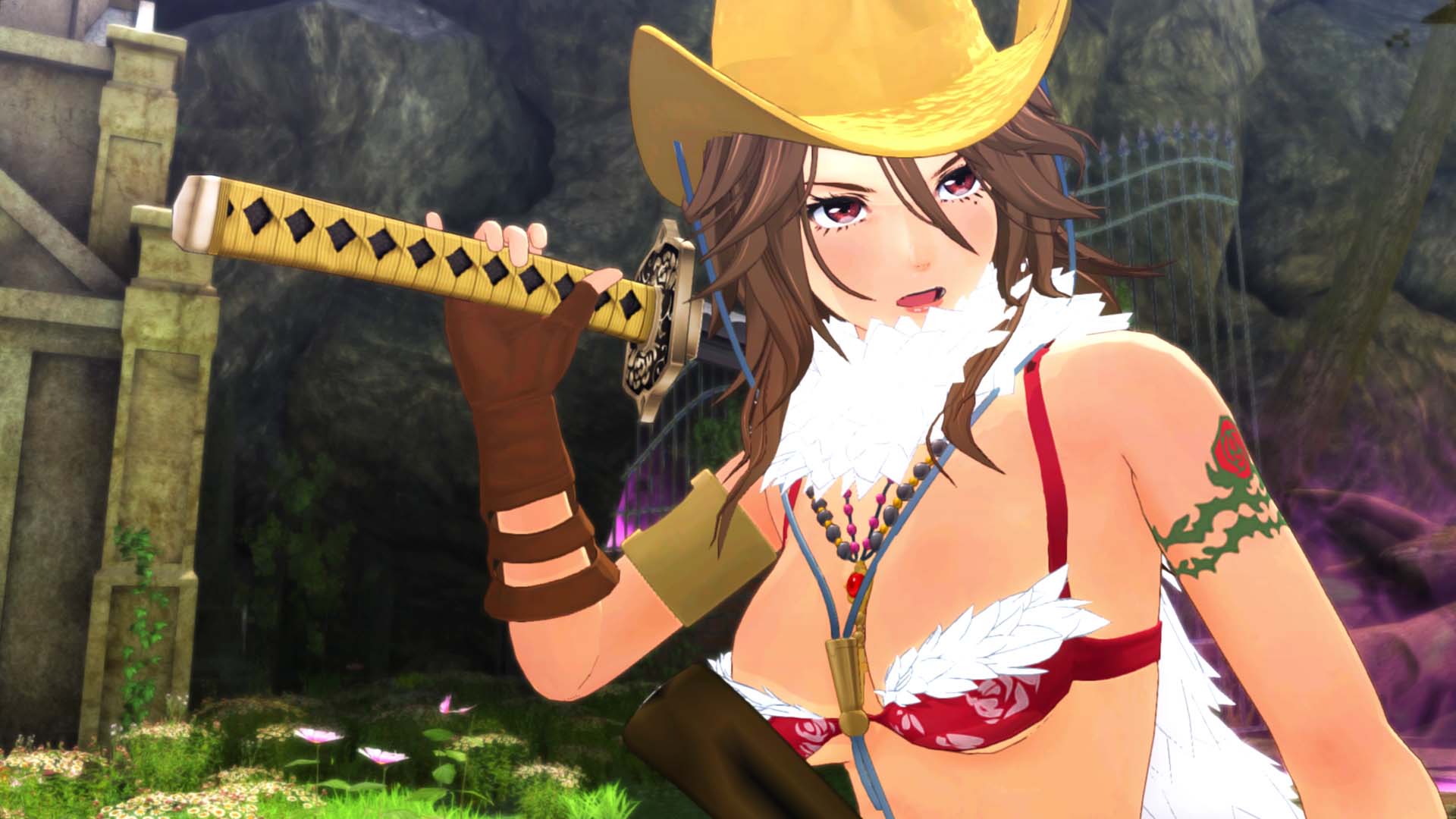 The game is a retelling of the first two Onechanbara games joined in a single story with a bit of a twist added.

The story is about the sisters Aya and Saki. They were separated when they were very little, each living with one of their parents.

Eventually, their father went missing, and Aye became a ghost hunter. The mother was killed, and Saki was left alone, able to control spirits and full of vengeance.

The younger sister decided to revive her mother thanks to an ancient dark ritual that requires the heart of a relative as the main component.

In a storm of intrigue, a battle among sisters begin.

The screenshots show both Aya and Saki, alongside the newly-introduced information broker Rei. She has been in business with Aya’s family for a while, and she can contact her via various means. Nothing is known about her past, and she is a big mystery.

We get to see rank and file enemies summoned by Saki, including more dangerous ones like police officers and even soldiers who can use their guns in battle.

On top of that, the screenshots showcase bosses like the giant Devda and the flesh-eating Anzu.

Onechanbara Origin releases for PS4 in 2019.