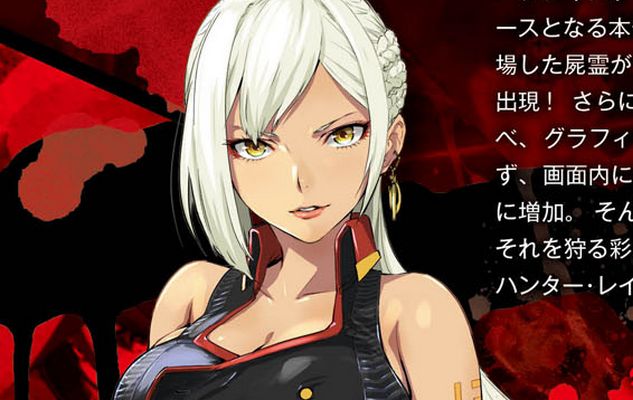 We get to take a better look at the new cel-shaded look of the game, which is a remake of the first two games of the series joined in a single story.

Incidentally, there appear to be new elements since the images introduce a fully new character named Rei, voiced by Yuu Kobayashi (Known for Katsuragi in the Senran Kagura series and Lucina in Fire Emblem).

Rei is an information dealer who has done business with Aya’s family: Her identity is almost completely shrouded in mystery but it appears that she has a sister. Yet, her sister is a “troublesome” element, and their relationship is poor.

We also get to see rank and file enemies and bosses, that, of course, we’ll get to slice and dice to our hearts’ content.

Oneechanbara Origin was announced during a livestream at Tokyo Games Show, much to the joy of the fans of the series, who haven’t got their hands on a new game since Onechanbara Z2: Chaos.

Onechanbara Origin releases for PS4 in 2019. Development is currently 60% complete.