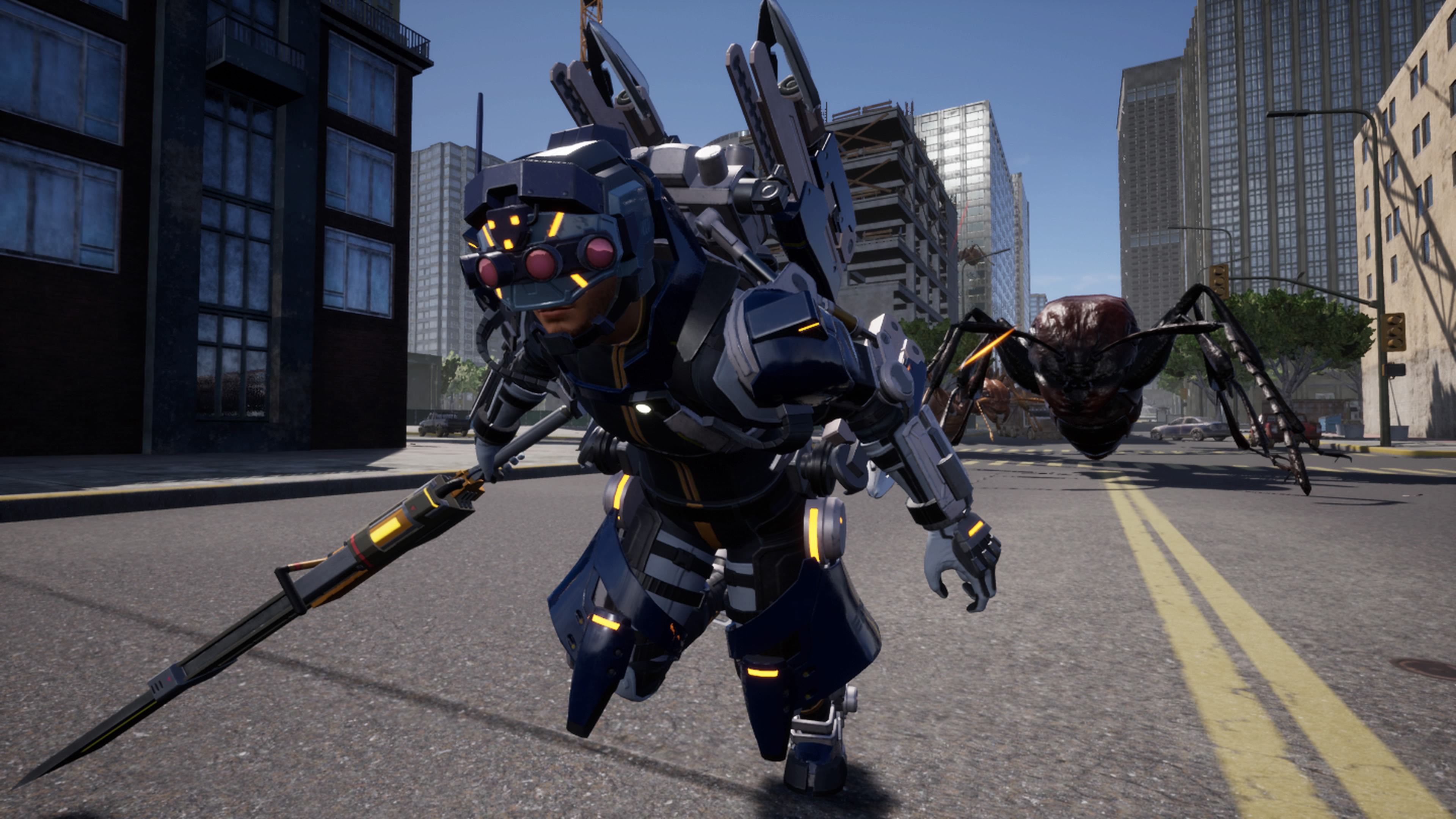 The game will come out on April 11, 2019, exclusively for PS4. Fans will be happy to learn that it’ll launch day and date with the Japanese release.

This is a nice change of pace compared to Earth Defense Force 5, which took a long time to reach the western shelves.

The game’s pre-orders should be going p as I write, and they’re available in a Standard Edition for $59.99, while the Ultimate Edition will cost $89.99.

If you’re unfamiliar with Earth Defense Force: Iron Rain, you can find a handy description directly from the press release below.

Twelve years have been passed since mankind’s first encounter with the alien “Aggressor” invasion that devastated planet Earth. In this time of great despair, the battle to free mankind from the Aggressor’s extended assault continues in Earth Defense Force: Iron Rain.

Developed by YUKE’s with the Unreal Engine 4, Earth Defense Force: Iron Rain is the best-looking EDF to date. Players will see and feel the difference with an overwhelming number of on-screen invaders raining down from the sky in over 50 intense, story-driven missions.

A new trailer was launched with the announcement, and you can enjoy it below. If you want to see more, you can check out the latest giant batch of screenshots.