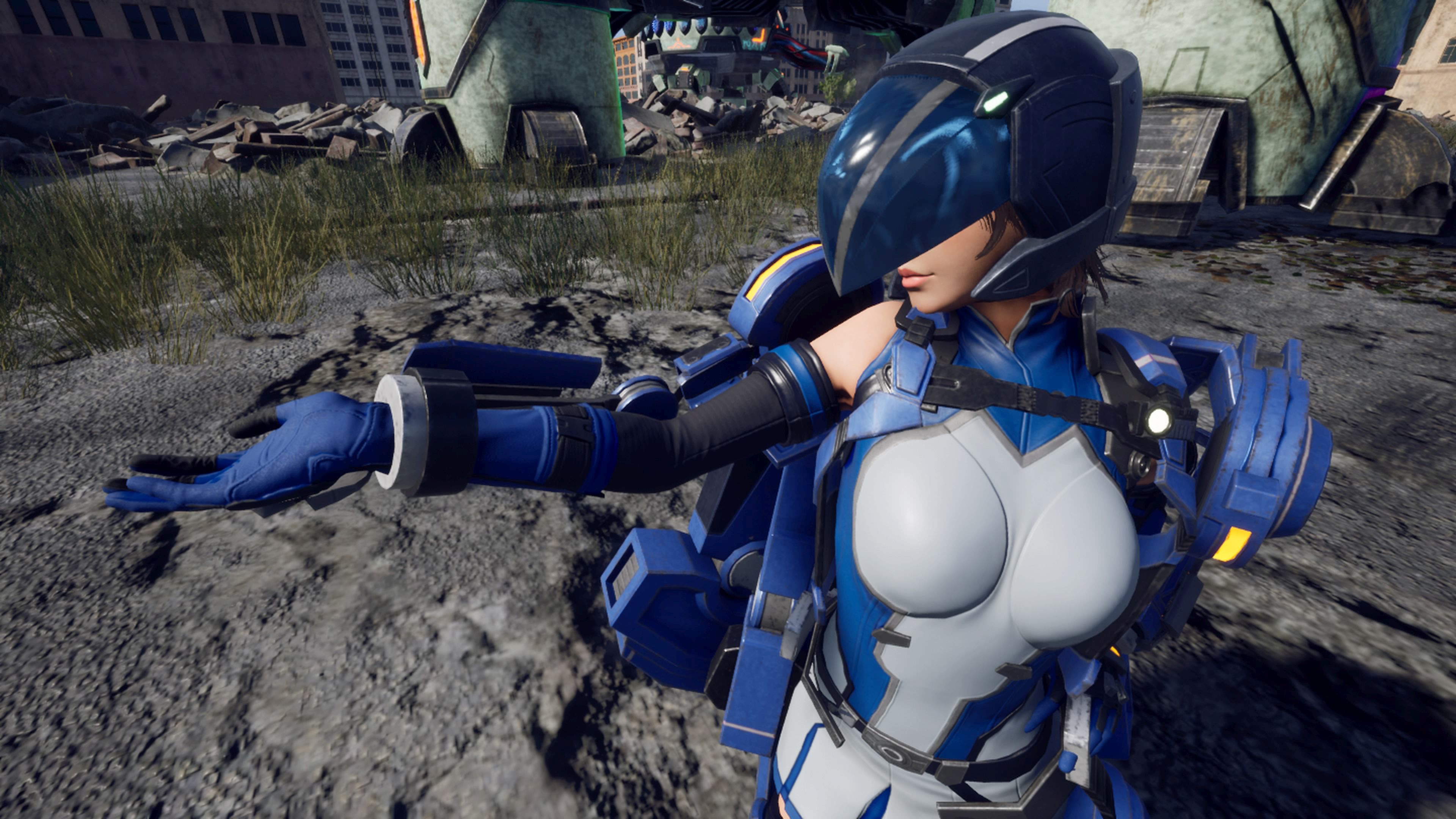 While for now the announcement was made only for the Japanese market, D3 previously mentioned the intention to launch the game at the same time worldwide, so it’s likely that we’ll get the game around April 11 in the west as well.

We also get to see the pre-order bonuses which are different depending on retailers. They include costumes inspired by Oneechanbara, Bullet Girls: Phantasia, Dream Club Zero, and previous chapters of the Earth Defense Force franchise.

If you’re unfamiliar with the series, Earth Defense Force 5 just launched in the west, and we already know that Iron Rain is coming next year. The whole premise is that a (very diverse) invasion force of aliens attacks Earth, and the player has to squish a metric ton of giant bugs.

The game is actually a spin-off of the numbered series, with a setting designed to be a bit more appalling to western gamers.

You can check out a few screenshots of the bonuses below. If you want to see more, you can also enjoy a ton of screenshots released back in November.