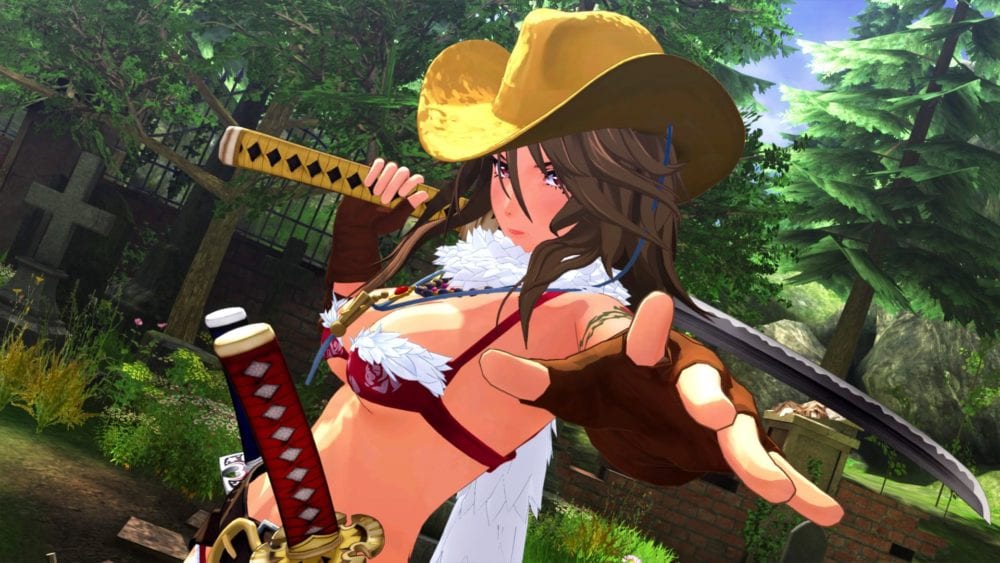 The screenshots focus on providing a good look at the new character design and models of the two protagonists and rivals Aya and Saki.

If you’re unfamiliar with Onechanbara Origin, it’s a retelling of the first two Onechanbara games joined in a single story with more content a bit of a twist added.

Speaking of character design, it also features completely new art which looks a bit more anime-style than the original look, which was a bit more realistic.

The new character design is by Katsumi Enami, known for many works including the Baccano! series and his work on Nihon Falcom’s The Legend of Heroes: Zero no Kiseki and Ao no Kiseki. Personally, I feel it looks awesome.

If you want to see more, you can enjoy the previous batch of screenshots and the first trailer and more from all the way back in February, before the developers went silent for a few months about the game.

Onechanbara Origin releases in Japan in the fall of 2019 exclusively for PS4. At the moment, a western release has not been announced.