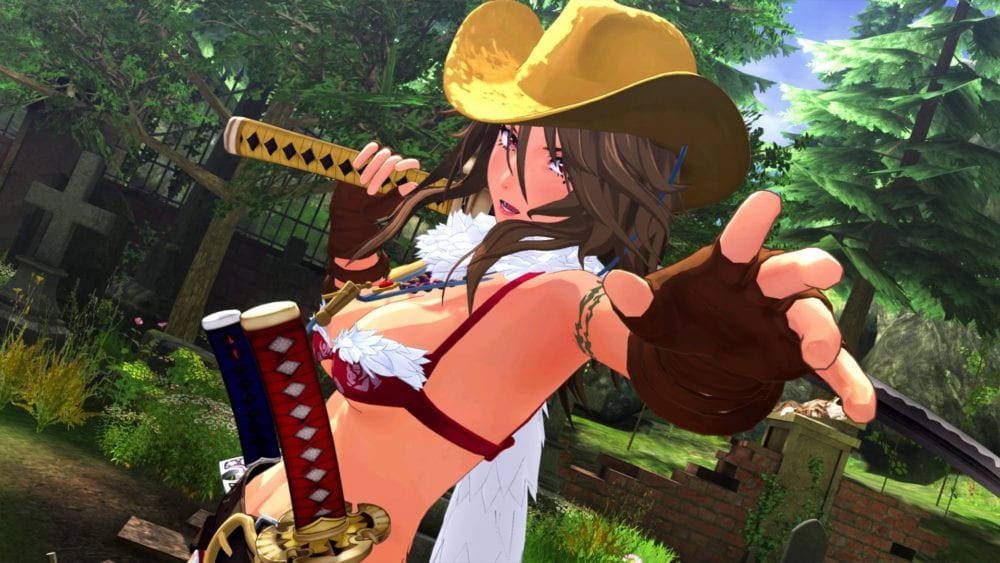 D3 Publisher has kept the gameplay of its upcoming hack & slash game Onechanbara Origin under wraps for quite a while, but at Tokyo Game Show 2019 they finally pulled the curtain back.

During two livestreams from the show floor hosted respectively by 4Gamer and by the local magazines Famitsu and Dengeki PlayStation, producer Nobuyuki Okajima himself took his time to introduce the gameplay.

The action looks really good, showing two fighting styles for both Aya and her sister Saki (who becomes playable in the second part of the game). The new art style also looks perfectly fitting, adding to the over-the-top action and gallons of undead blood.

You can check out all the footage below and see what I mean.

If you want to see more, you can enjoy the latest screenshots, another recent gallery, the previous batch of images and the first trailer and more from all the way back in February.

At the moment, there is no word of a release outside of Japan, but D3 publisher has a good track record of publishing its recent games in the west, so we’ll have to wait and hope that this eventually comes to this side of the Pacific.