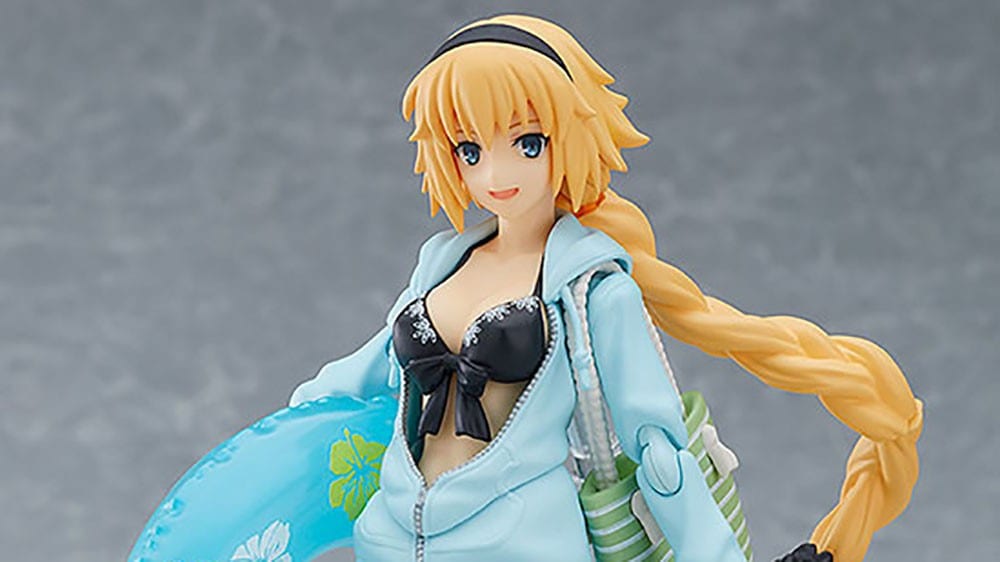 Fate/Grand Order is by far one of the most popular mobile games in existence, so it’s not surprising that Japanese figure manufacturers keep portraying its characters.

Today we take a look at a brand new figma featuring the Archer class Jeanne d’Arc in her swimsuit version, made available for pre-order by Max Factory on several Japanese retailers, including AmiAmi.

Her price is 7,300 yen, which translates into approximately $69. She will be released in April 2020, so there is plenty of lead time.

If you’re unfamiliar with the concept of “figma,” it’s a brand of posable action figures that has become so popular that it’s basically used by many to define all Japanese action figures.

This specific one is sculpted by Shinji Koshinuma and Nobuhiko Asahina.

“Okay, everyone! Let’s enjoy the summer!”

The smooth yet posable figma joints allow you to act out a variety of different scenes.

She comes with her bag, a swim ring, a hula hoop and a beach ball as optional parts!

You can also check out a few pictures below.