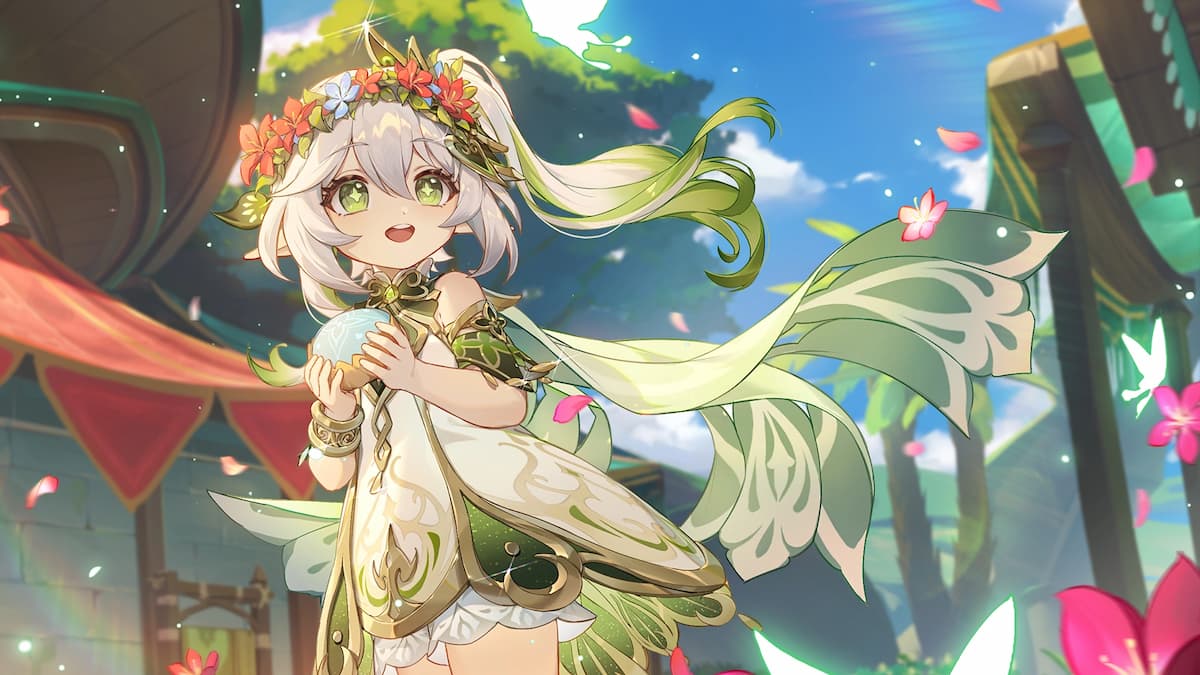 The latest Adventurer’s Trials event has officially made its debut on Genshin Impact Version 3.2, where Travelers can test their skills in fun challenges and earn rewards. Each round allows you to play various characters, including Klee, Razor, Nahida, and many more. So, if you want to know more about these challenges, here’s how to complete the Adventurer’s Trials event in Genshin Impact.

To start the Adventurer’s Trials event in Genshin Impact, you must open the Events Overview page and meet the requirement of Adventure Rank 20. These tasks are only available for a limited time and will end on Nov. 21.

How To Complete Sequential Trial 1 in Genshin Impact

In the first section of the Adventurer’s Trials event, players must finish the Superfast Hat Trick, Smash ‘n’ Bash, and Shieldbreaker. Here are the rewards for this challenge:

The Superfast Hat Trick is a football (soccer) game where you must use Yanfei or Klee’s elemental powers to “kick” 35 Slimes into the Vine Goals. Fortunately, these enemies won’t perform any attacks against you, and there are four goals around the area to make the process easier.

As time progresses, green objects will block the goal, and players must time their strikes to avoid these barriers.

In the Smash ‘n’ Bash Adventurer Trial, players must destroy 220 rocks using Razor’s powerful strikes. The best way to quickly achieve this feat is by aiming for Explosive Rocks (illuminated rocks) to clear out additional materials. However, some objects are more impactful, like the Mighty Rocks (increases the DMG dealt for your party) and the Transverse Explosive Rocks, which display different symbols. Furthermore, players can attack in-between rocks to hit multiple targets.

The Shieldbreaker trial requires players to eliminate Abyss Mages with Kazuha’s Elemental Skill and Elemental Burst. Each party member will receive a cooldown reduction for their abilities and a frequent regeneration of HP. To win this battle, you can keep triggering Kazuha’s powers to get rid of the Abyss Mages’ shields.

For example, players can activate Kazuha’s Elemental Skill to launch the character in the air and initiate the attack button to slam down. Then, you can perform his Elemental Burst to strike the enemy with AoE Anemo DMG.

How To Complete Sequential Trial 2 in Genshin Impact

The Sequential Trial 2 of the Adventurer’s Trials event is the second phase of Genshin Impact Version 3.2. In this challenge, you can participate in the Boulder Run, Verdant Tsunami, and Thunderlit Battlefield. Those who complete this task will earn the same rewards shown in the first trial, with the exception of two Philosophies of Resistance.

When you begin Sequential Trial 2, you must complete the Boulder Run to advance to the next stage. This challenge features Large Pinballs, which will knock you into the air if you get too close. The primary objective is to collect 240 coins in a limited time while simultaneously avoiding moving objects. Additionally, players can obtain larger coins to gain more currency and use Yelan’s Elemental Skill to boost their movement speed.

In one of the last rounds, you can acquire energy to enhance your jump and reach coins above the ground.

Similar to the Boulder Run, the Verdant Tsunami trial of Genshin Impact is a coin-based timed game. But, this location involves water-filled areas, where you must use Sayu’s elemental ability (hold the button) to roll on top of the surface with her Cryo skills.

The Thunderlit Battlefield is the last showdown of Sequential Trial 2, featuring Nahida and Keqing. You must defeat 20 enemies with their Dendro and Electro abilities, resulting in a Thunderbolt attack when you trigger enough Catalyst reactions (mixing their two elements together.) Players can also perform Super Thunderbolts over time to increase DMG and AoE.

How To Complete Sequential Trial 3 in Genshin Impact

The Sequential Trial 3 Adventurer’s Trial in Genshin Impact has two new tests: Hammering Blow and Fast and Furious. Challenge 2 features a repeat of the task, Smash ‘n’ Bash, where you’ll take on the role of Noelle instead of Razor. Furthermore, players can earn two Philosophies of Ballad and the previous items from other challenges.

In Hammering Blow, you’ll play as Xiao, who has an Elemental Burst known as the “Bane of All Evil.” Once you activate this power, you must stand on top of platforms to perform a high jump and slam down with his Plunging Attack until it breaks. The goal of this task is to obtain 220 Adventure Coins, similar to past challenges.

The Fast and Furious challenge is relatively easy compared to other tasks of this event because Yoimiya’s Normal Attacks can deal heavy amounts of damage to foes. As a result, players can emit a Shockwave to boost their attacks and continuously regenerate their HP.

How To Complete Sequential Trial 4 in Genshin Impact

A Close Home Run is the only new challenge in Sequential Trial 4 of the Adventurer’s Trials event. You’ll also participate in Superfast Hat Trick and Verdant Tsunami with Jean and Kamisato Ayaka.

The ‘A Close Home Run’ mission requires players to hit 250 oncoming projectiles with Beidou’s Elemental Skills. While playing this challenge, Travelers will receive a cooldown reduction, but they won’t be able to use Normal, Charged, or Plunging Attacks. Fortunately, there will be certain phases that double the number of balls, which can significantly increase your points.

How To Complete Fortuitous Trial in Genshin Impact

The last phase of the Adventurer’s Trials event is the Fortuitous Trials, a randomized set of three challenges. During this mission, you must complete various tasks from previous trials, like the Hammering Blow, Boulder Run, and Shieldbreaker. If players look at the Reward Preview page of this event, they can explore the different rewards of this particular trial, including a quest to complete this challenge three times.

That does it for our guide on how to complete the Adventurer’s Trials event in Genshin Impact. For more content about the game, you can check out the relevant links below, including our guide about the Akasha Pulses, the Kalpa Flame Rises Archon quest.