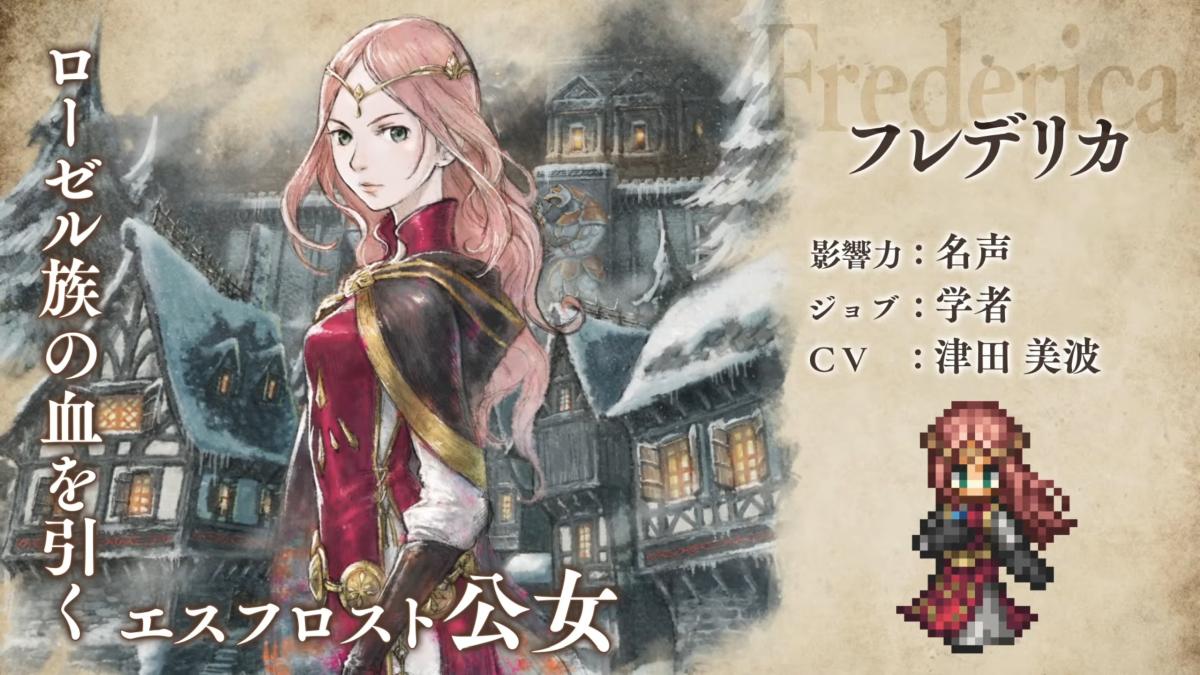 Today Square Enix announced what’s likely the most obvious crossover ever for its mobile game Octopath Traveler: Champions of The Continent.

The crossover is with the recently-released tactics game Triangle Strategy, and it will bring forth three characters, Frederica Aesfrost, Serenoa Wolffort, and Roland Glenbrook.

The event will be available on the Japanese version of the game on July 28.

So what about the western version of the game? Probably we’ll get it a lot later, considering that it’s launching on July 27, 2022.

The Japanese version has been active since October 2020, so that’s nearly two years of content to run through, unless Square Enix decides to move this event forward for some reason.

Below you can check out the trailer for all three characters featured in the crossover.

If you want to see more about Champions Of The Continent, you can check out an earlier trailer, one featuring Erminia, the greedy witch, one showing Titus, the master of power, and one showcasing August, the master of fame, one focusing on H’aanit from the original game, and a couple focusing on a crossover with Bravely Default, and more featuring the crossover with NieR: Automata.