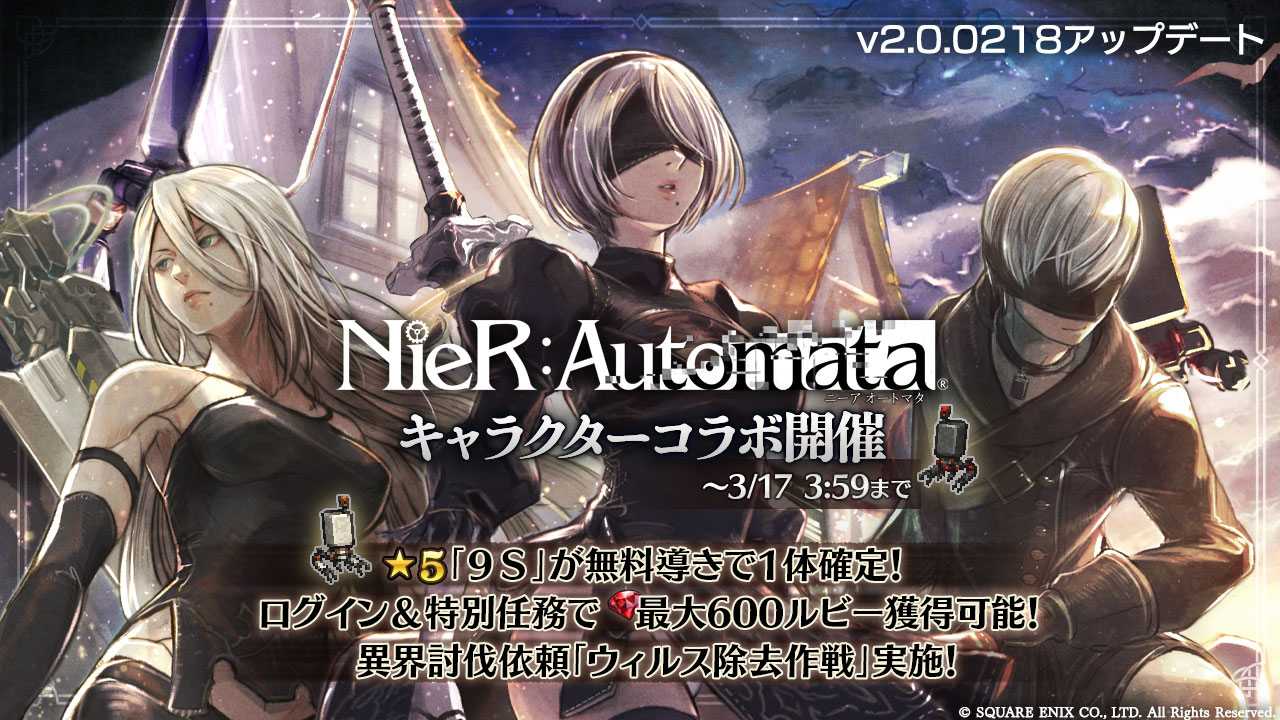 Today Square Enix announced that its mobile game Octopath Traveler: Champions of Continent will receive a collaboration with the popular NieR: Automata.

The crossover will bring 2B, A2, and 9S as playable characters to the mobile game.

The event will be hosted in the Japanese version if the game between March 1 and March 17.

Of course, this does not yet apply to the western version of the game which will host a closed beta test this month and launch later this year.

That being said, precedents with other mobile games by Square Enix give hope that this content will come west in due time, even if it may take a while.

Below you can check out the trailer dedicated to the characters, and the beautiful art released to portray them.

If you want to see more about Champions Of The Continent, you can check out an earlier trailer, one featuring Erminia, the greedy witch, one showing Titus, the master of power, and one showcasing August, the master of fame, one focusing on H’aanit from the original game, and a couple focusing on a crossover with Bravely Default.