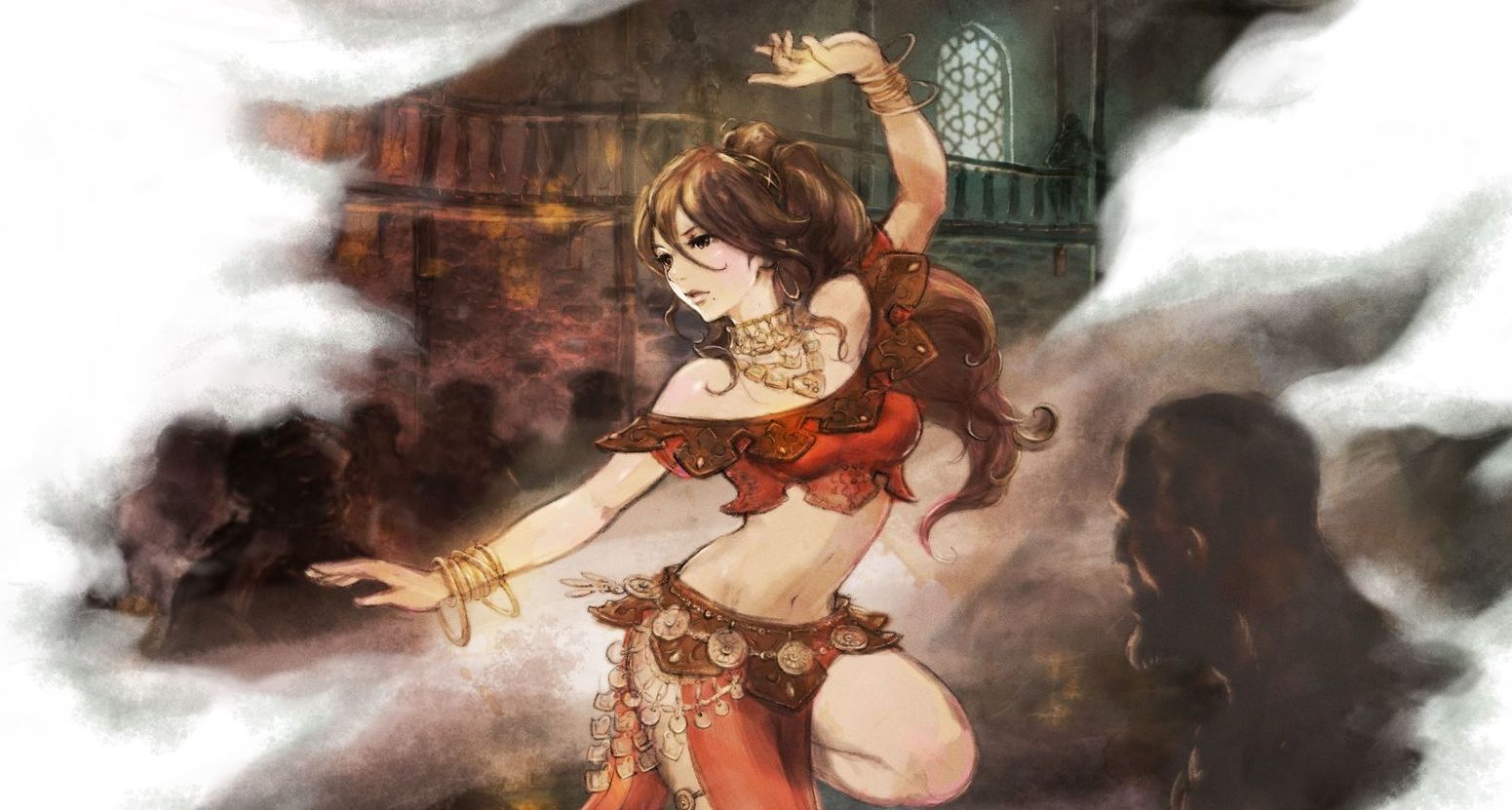 The version for iOS and Android has just been announced and will be released within 2019. It will be titled Octopath Traveler: Tairiku no Hasha, which translates into “Champions of the Continent.”

The game will retain its HD-2D graphics, and will mostly operate in the same way as the original on Switch, even if the controls have been adapted in order to be easy to use on smart devices, with the implementation of touch controls and on-rail movement that lets you simply decide the direction you want to move.

The story is still set in the continent of Osterra, but several years before the original. That being said, the characters from the Switch version will also appear in some form.

One of the main departures from the original is that the number of characters participating in battle has been increased to eight. There will also be additional characters, even if the game will launch with eight (one per region). On top of that, the development team also plans to add more story content periodically.

As most mobile games, Octopath Traveler: Champions of the Continent will be free to play with optional purchases. Interestingly, for a mobile game, there will not be multiplayer, this is an entirely single-player experience.

You can check out the trailer below, alongside the first screenshots. An official website is already available and pre-registration are already open.