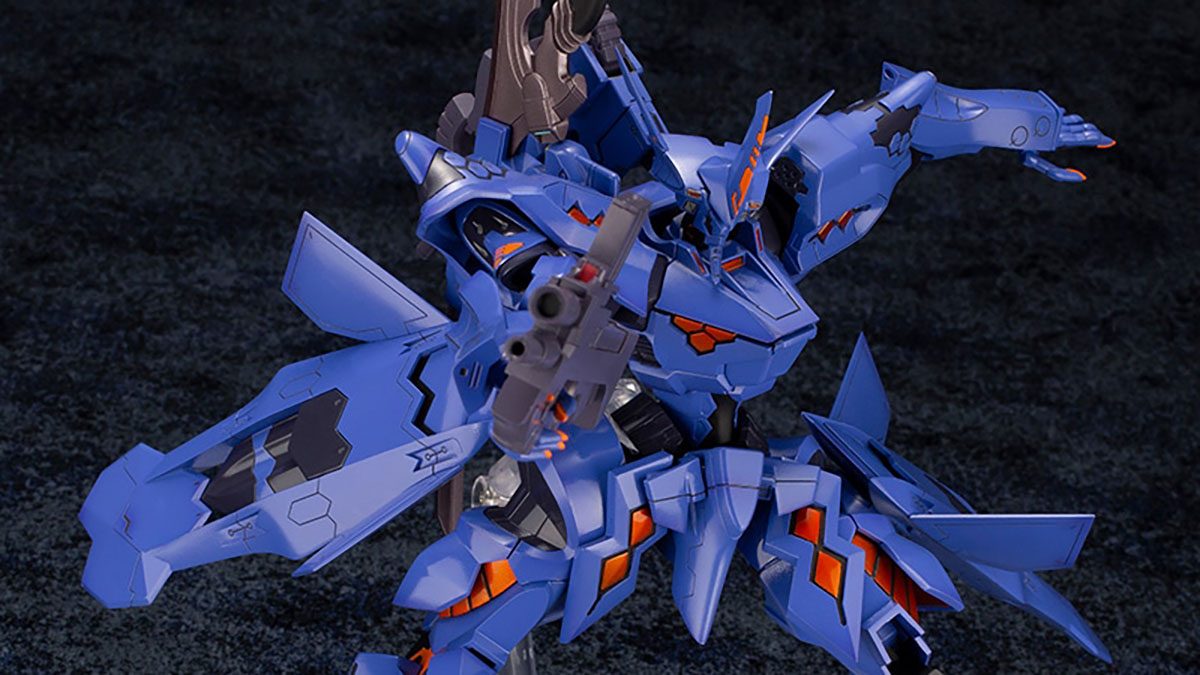 Japanese manufacturer Kotobukiya is continuing its quest to reprint all the old but gold Muv-Luv Alternative plastic model kits.

This time around, two more model kits from the popular visual novel series have been made available for pre-order. The first is a 1/144 scale Type-94 Shiranui in the original Izumi Valkyrie colors, which can pretty much be considered the hero mecha of Muv-Luv Alternative and of the upcoming second cour of the anime.

The second is the non-scale blue Takemikazuchi Type-00F 16th Guard Battalion Commander version, piloted by Ikaruga Takatsugu. The same model is also piloted by Takatsukasa Kyoko in the Burning of the Imperial Capital prologue of Muv-Luv Alternative Total Eclipse.

Like all non-scale versions, it’s more pricey (7,150 yen, or approximately $52), and larger than the 1/144 versions, standing at approximately 180 mm and featuring a much higher level of detail. It also launches in December 2022.

Both models are reprints of model kits originally launched a decade ago and have been out of production for years, relaunched thanks to the recent resurgence of the Muv-Luv franchise across games and anime.

If you want fully new models, you’ll have to wait for the upcoming Fubuki and Gekishin that have been recently presented.

You can see both in the gallery below.

If you’d like to learn more about the Muv-Luv series in general, you should definitely read our recent interview with creator Kouki Yoshimune and brand producer Kazutoshi “Tororo” Matsumura about the upcoming Muv-Luv Alternative Total Eclipse and more.