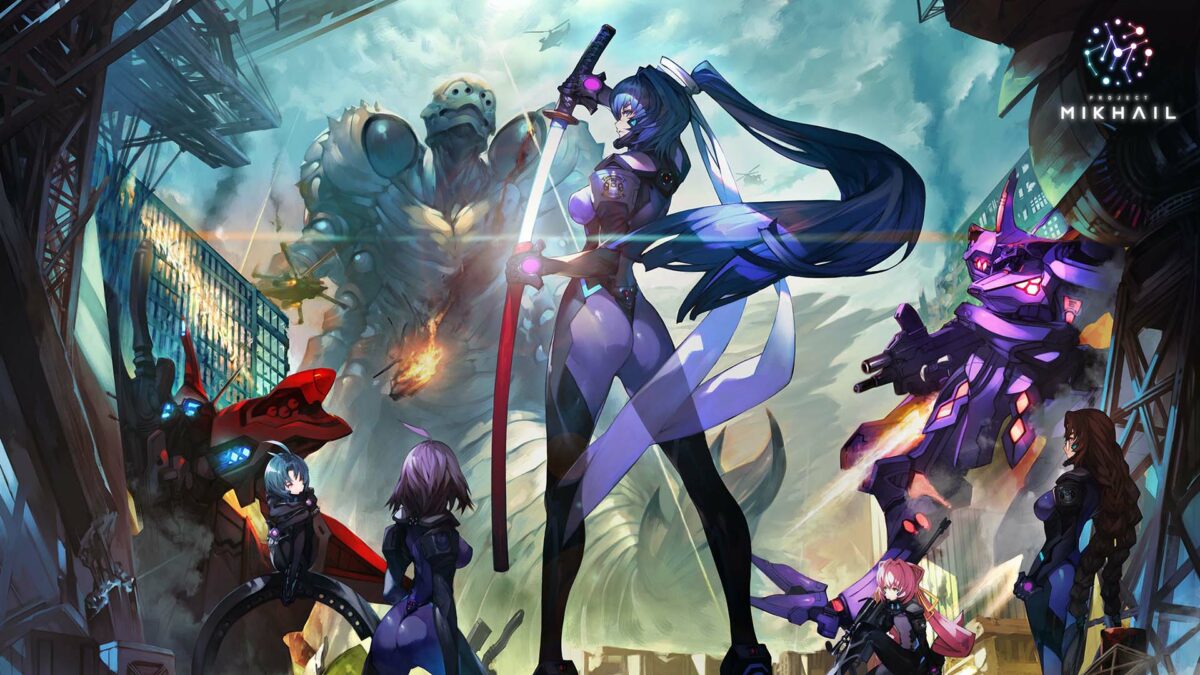 The Muv-Luv series has never been this active in several years; With a new game just released in early access and several coming, fans have a lot to look forward to.

The visual novel franchise that many consider the best of all time also received an anime adaptation for Muv-Luv Alternative which just concluded today, while more announcements are coming later this month at Comiket 99.

To learn more about what aNCHOR is planning, we talked with executive brand producer, Kazutoshi “Tororo” Matsumura and production manager Sho Hamanaga, who answered questions about the recently-released Project Mikhail and the franchise as a whole.

Incidentally, there has never been a better time to jump in on the franchise, as it’s heavily discounted thanks to the Steam Winter Sale that just begun.

Giuseppe: Let’s start with Project Mikhail: right now it focuses on expanding on the story of Muv-Luv Alternative, but it certainly has the potential to accommodate different stories in the Muv-Luv universe. Have you considered moving to other fronts besides Japan and perhaps adding original stories?

Of course, we know it’s possible to build a game set in Japan that people around the world will enjoy. But since MIKHAIL is an action game, we think players would have more fun if we design the game in a way that lets players feel like they themselves are Surface Pilots in the Muv-Luv world.

First, though, we know that the game’s action elements aren’t where they need to be, and we’re working on fixing that. Once that’s done, we’ll be expanding and improving the other parts of the game, so you’ll have a lot to look forward to there!

Giuseppe: We already know some major updates are planned (I believe around February and April?). What can we expect from those? Perhaps new TSF like the Typhoon, Hornet, and more?

Sho Hamanaga: We are currently finalizing our plans, which we’ll be talking about more in our MIKHAIL Producer Letter 4, which will be sent out in December. Until then, please subscribe to our channel.

Giuseppe: The early access launch of Mikhail was a bit rough, but I noticed that the percentage of positive reviews is steadily increasing. How confident are you about its potential to be successful by the end of early access?

Sho Hamanaga: I promise you that we will make it a success. We still have a lot of work to do, but thanks to the feedback we’ve received from the community, the entire company now has a clear idea of what needs improvement. We believe we’re bringing the game in a direction that’s a lot more fun than it was before we launched into Early Access.

And most importantly, we are determined to keep working on this project until it is a success. Down the road, we might be doing things like selling special products, but that will be only after we make sure that every improvement to the game we want to make is implemented and welcomed by the community. If you would like to support us at that time, we would greatly appreciate it!

Giuseppe: While Frontier mode is technically cooperative, each player fights on their own. Is there any chance of the implementation of true cooperative missions that will let us fight alongside other players on the same battlefield in the future?

Sho Hamanaga: This is one of the most popular requests we’ve received so far, and we’d love to implement it. We’d also like to make the BETA more threatening so that you’ll want to bring another player to help you when you’re fighting them. (laughs)

Giuseppe: Speaking of Immortals: Muv-Luv Alternative, how are preparations for launch going? It was mentioned it’d come this year, but we’re almost at the end of 2021. Also, can we hope for a western release? [Editor’s note: The questions were asked before the reveal of the delay mentioned below]

Tororo: We are very sorry to inform you that the release of Immortals will be postponed to February 2022. Initially, Immortals will only be available in Japan, but we are working hard to make it available in the West as well. The more requests we receive, the closer we will be to making it happen, so we would really appreciate your feedback!

Giuseppe: How do you feel the airing of the Alternative anime affected the perception and popularity of the franchise? [Editor’s note: Season 2 has been announced earlier today]

Tororo: I think it gave us a great opportunity to get the franchise in front of more people. We’d like to make sure even more people know about it, though, and so I’d like to make it so those of you who’ve experienced the richness of the original games can share your experiences with others. We are also participating in Steam’s Winter Sale, which starts on December 22nd, so please give it a try if you’ve only seen the anime!

Giuseppe: Has aNCHOR ever considered remaking the original trilogy, perhaps with an art style closer to the anime and the new voice actors?

Tororo: Actually, we have been considering this for about two years now. We will keep doing our best to make it a reality.

Giuseppe: With the promise of the trilogy on mobile finally about to be fulfilled, are there any other platforms you’d like to target for Extra, Unlimited, and Alternative?

Tororo: We would like to expand into the Switch market. Our goal is to expand the Muv-Luv series as a whole, so we’re going to prioritize what we think will make people happy.

Giuseppe: I know it may sound greedy, but now that we’re finally getting Total Eclipse in English, is there any chance to see a localization of Schwarzesmarken relatively soon?

Tororo: If we receive strong demand, it may be possible to release it sooner.

Giuseppe: We have not heard about the localization of Kimi Ga Nozomu Eien for over a year, and even more time has passed since the announcement of the possible reboot in 2019. How are these projects going?

Tororo: Of course, it’s something we’ve been thinking about this whole time. But first, we’re working on the things we haven’t done with Muv-Luv. Please look forward to more news!

Giuseppe: How’s the progress on Muv-Luv Resonative and Integrate, and could you provide any hints as to when we may hear or see more?

Tororo: Yes. We are planning to make a big announcement at Comic Market 99 in Japan at the end of the year. The announcement will be broadcast on YouTube with an English translation, so please subscribe to our channel and wait for the update!

Giuseppe: Is there any message you’d like to extend to the community of western Muv-Luv fans?

Sho: Hamanaga: I promise to make Project MIKHAIL a game you’ll love, so please help us during our early access phase! We really want to make Muv-Luv into a global franchise, so please let us hear what you have to think about what we’re doing!

Tororo: It wouldn’t be an exaggeration to say that the new history of Muv-Luv will begin at Comiket 99. Please look forward to our update!

It’s worth mentioning that a big giveaway hosted by aNCHOR itself will let you win Steam keys for Muv-Luv games on top of prize packages with plenty of physical Muv-Luv goodies from Comiket 99. You can participate here.