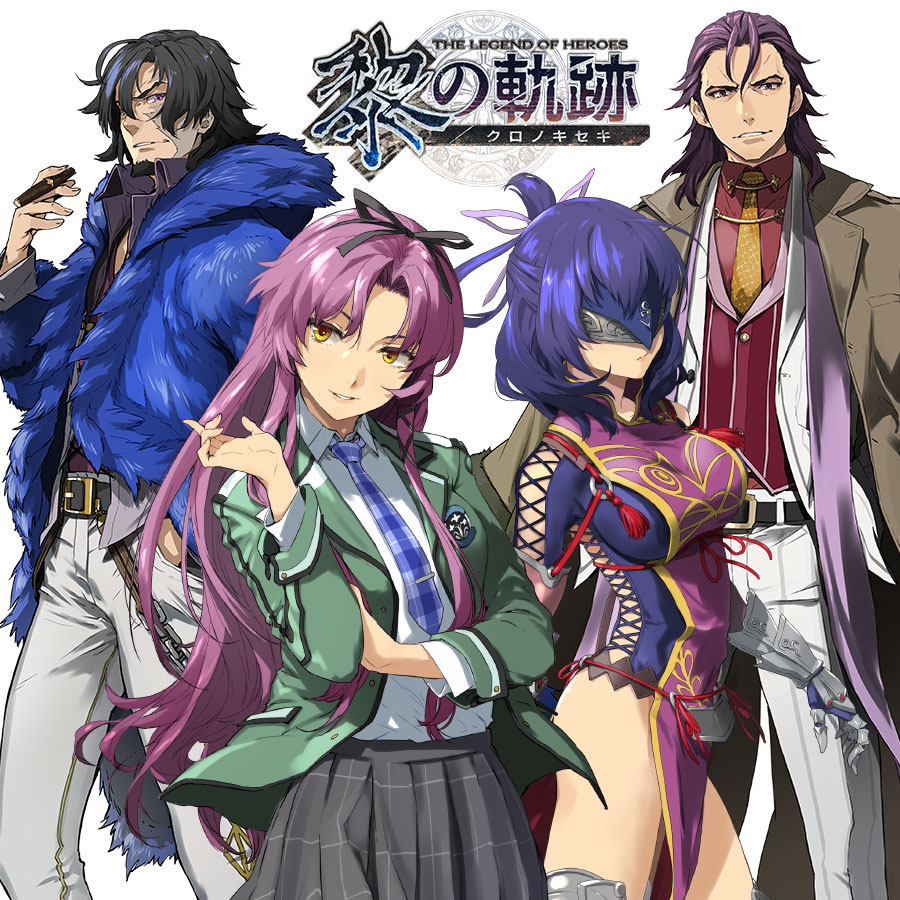 We get the introduction of four more characters. Renne Bright returns as a foreign student enrolled at the prestigious Aramis Academy. She is the inflexible student council president that understands every situation and can solve every problem. She is friends with Agnes, but it appears that her reason for coming to the Republic of Calvard wasn’t simplòy to go to school.

Yin always has her face covered by a mask and fights with a massive sword. She used to be active in the republic, but she moved to Crossbell a few years ago. Yet, she has returned to contain the damage caused by the mafia organization “Armata.” I’m quite sure I don’t need to tell most of you who she actually is.

Ellroy Harwood, also known as Oathbreaker, Anguis IV of Ouroboros, also returns. He’s a specialist who has studied and practiced all kinds of crimes. Apparently, the organization’s plans are behind his arrival in the Republic of Calvard.

Jerald Dantes is the boss of Armata. He has a disturbing aura and the impenetrable demeanor of a man that can take on anyone. A few years ago, he ousted the previous boss and took his position. He believes in the concept of controlling everything through fear.