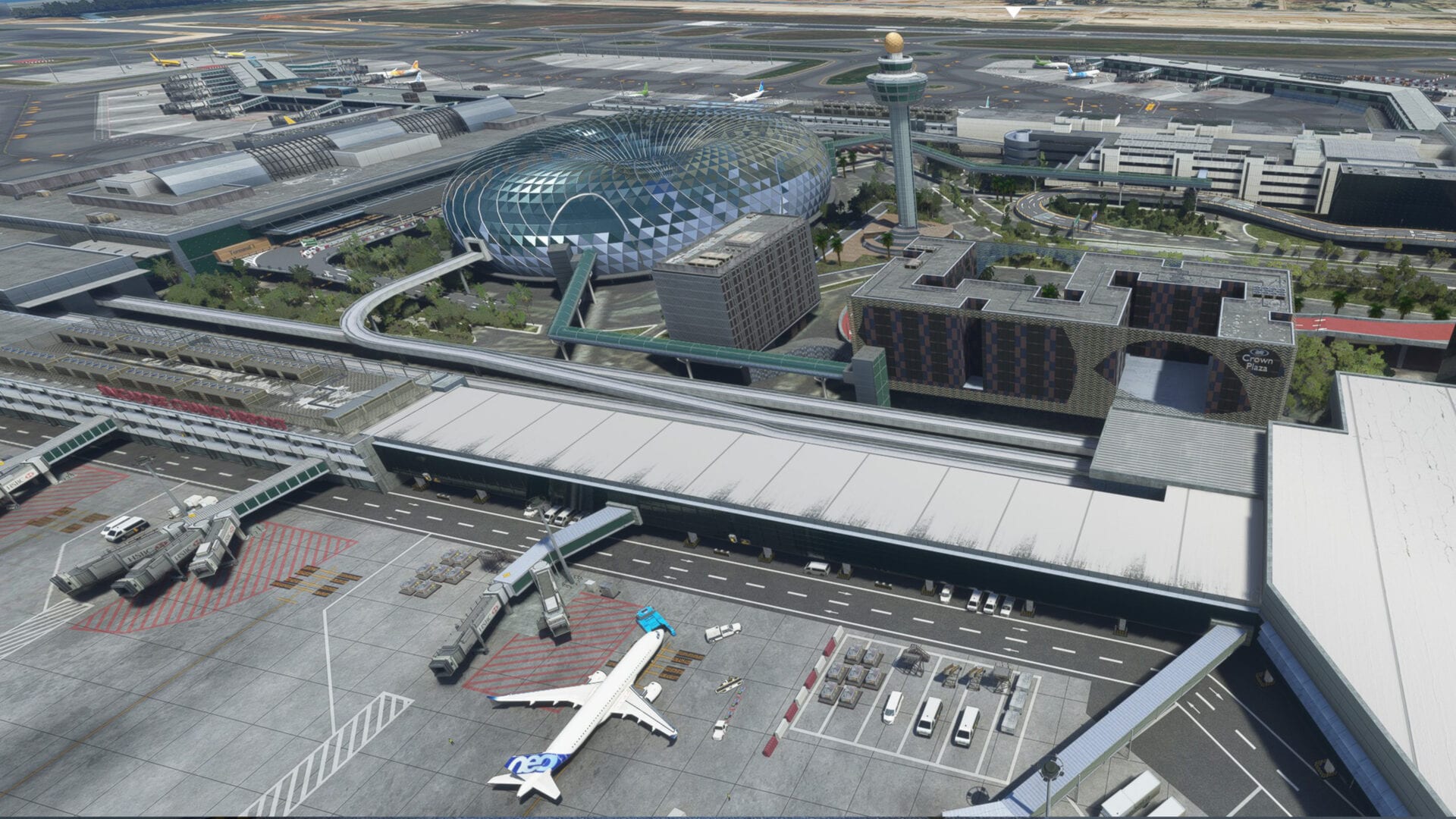 The new hub is Singapore Changi Airport (WSSS), rated in the real world as the best airport in the world and one of the most active airliner hotspots in all of Asia.

It can be found on SimMarket for roughly $15 plus VAT.

Below you can find a gallery of image and an official description and feature list.

“Welcome to Singapore Changi International Airport. The major civilian airport that serves Singapore and is one of the largest transportation hubs in Asia. As one of the world’s busiest airports by international passengers and cargo traffic, it is currently rated the World’s Best Airport.

This handcrafted Airport made with passion is full of visual improvements and custom made objects to represent Singapore Changi as real as possible. All custom objects are built and designs based on real life data.”