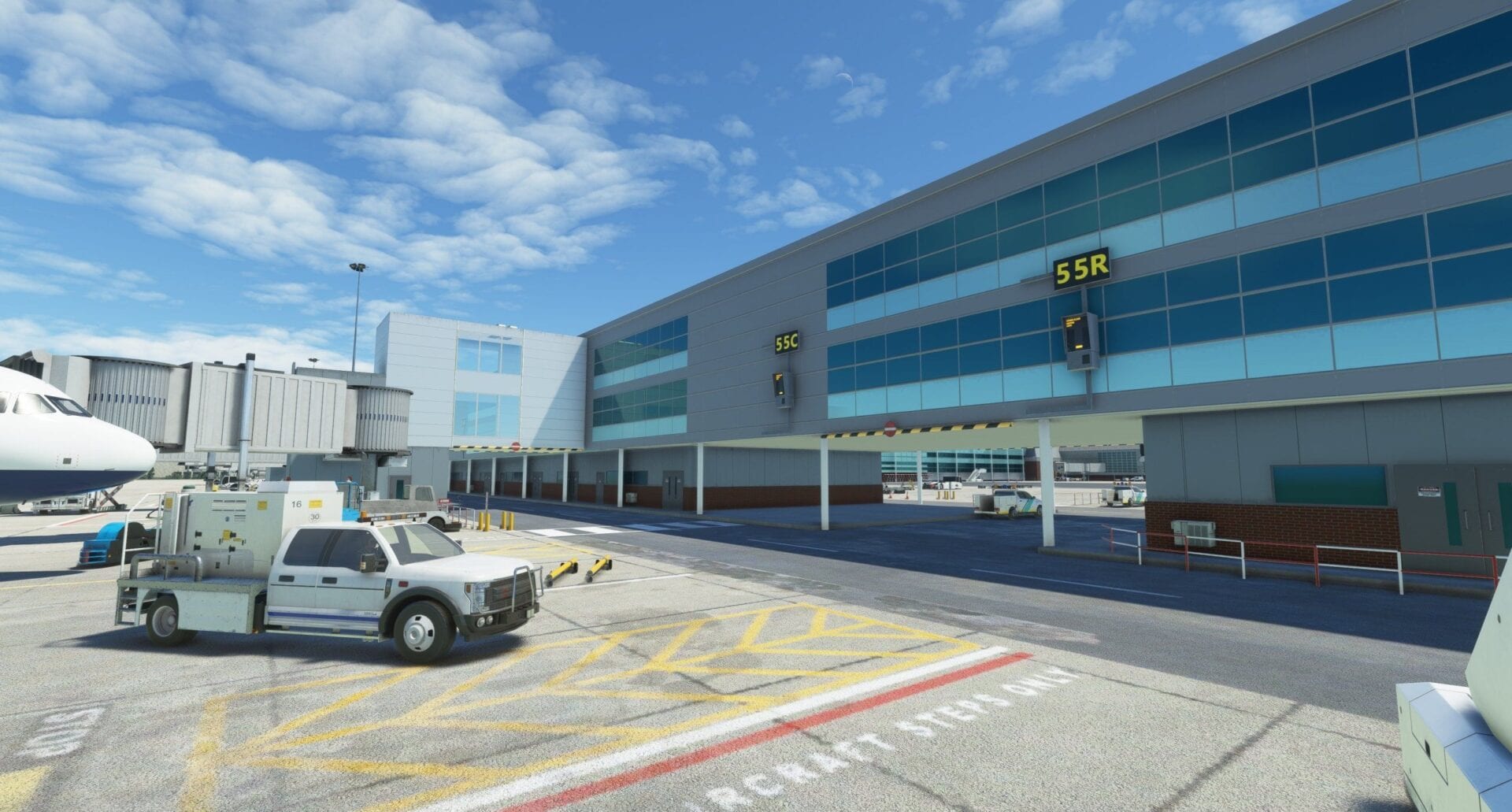 Birmingham is already available in early access by Macco Simulations, that has also been working on an excellent rendition of Manchester with the same business model.

You can already grab it for £9.99, keeping in mind that it isn’t finished, and it’ll receive regular updates going forward.

You can also see a batch of image and an official description below.

“Birmingham Airport (EGBB/BHX) is located 7 nautical miles from Birmingham City in the United Kingdom and is the 7th busiest airport in the country.

The airport is a not only an international airport, but is also a hub for regional flights within the UK.

Some of the busiest destinations from and to this airport include Germany, Spain, Dubai, Netherlands, France, Greece, Ireland, Spain and not to mention the multitude of regional UK airports.

This airport has unique runway undulations which makes taking off and landing here a treat!”

On the other hand, UK2000 Scenery is working on Glasgow, which is “releasing soon” according to a post on Facebook, which also shared plenty of work-in-progress images.