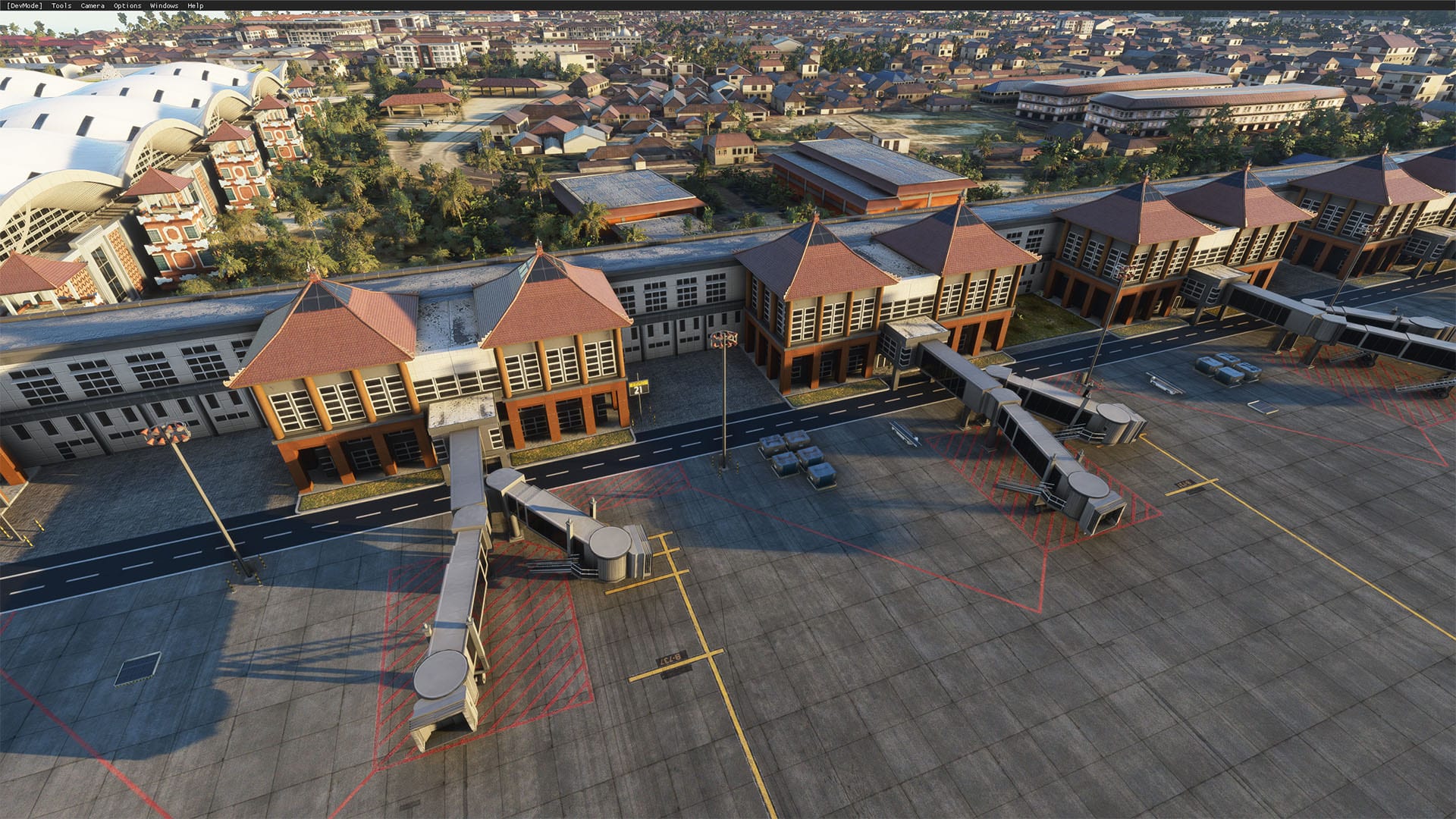 While Microsoft Flight Simulator is getting new airport add-on at a breathtaking pace, most of them are in North America and Europe.

Aerosoft just announced the upcoming release of I Gusti Ngurah Rai International Airport (WADD) in Bali, which is certainly a nice break from western countries as we head toward a more exotic destination.

It’s the second-busiest international airport in Indonesia and it’s known for its stunning terminal built to resemble traditional Balinese architecture.

Ngurah Rai sees a lot of airline traffic from basically all over the world, and it can easily accommodate the largest airliners like 747s and a380s, not that there is many left of those flying nowadays.

You can check out the first images below, including handy comparison with the rather mediocre default scenery.